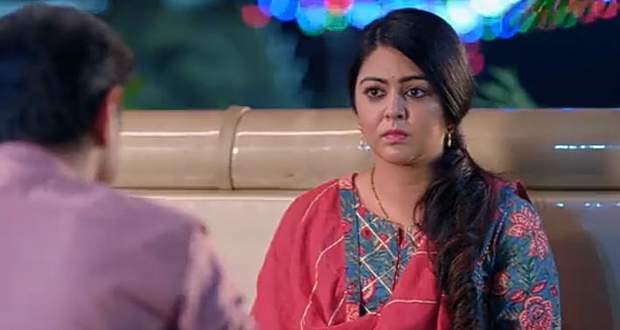 Today's Ghum Hai Kisi Ke Pyaar Mein (GHKKPM) 14 December 2021 episode starts with Virat going out to bring more luggage from the Jeep while she apologizes for troubling him.

Elsewhere, Samrat calls Virat but the call is unreachable making him worry while Pakhi comes there and starts criticizing Sai which causes an argument between the two.

Further, she taunts that Virat is not like her husband who leaves for mission and makes a home somewhere else which causes them to fight.

At night, Virat returns home while Sai rushes to hug and asks him if he is okay.

Other family members come there and get happy seeing him while Virat keeps thinking about Sadanand's death.

Further, he reveals the thread that Sai tied to his wrist and reveals that he got saved by it while Devyani informs him that she accidentally broke Sai's Mangalsutra.

Sai informs Virat about her calling the DIG and the police while he tells her that it is not nice to call his seniors for information.

Sai asks him if he is fine while Virat tells her to not call his seniors from now on.

Pakhi boasts about how she was correct while Ashwini and Samrat support Sai's intentions.

Bhavani scolds them and tells them to let Virat rest while some members notice Virat's grief-stricken state and question him.

Sai takes him to his room to rest and talks to him to cheer him up while she notices the vermillion stain on his shirt and questions him.

© Copyright tellybest.com, 2020, 2021. All Rights Reserved. Unauthorized use and/or duplication of any material from tellybest.com without written permission is strictly prohibited.
Cached Saved on: Wednesday 19th of January 2022 01:49:53 PM