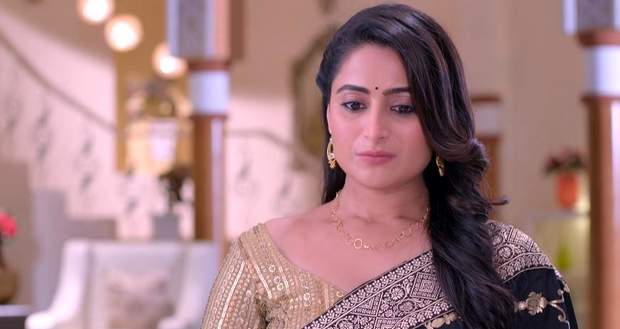 The robbers start to fire, and Virat and his team crossfire at them.

Later, Kadam gets hit in the fire and one of the robbers also gets hit while the chase continues.

Meanwhile, Bhavani comes to Sai’s room where Patralekha tells her that she has registered in this hospital so that Sai can be present at all her appointments and that she will try to keep Sai and her child close to her.

Sai looks suspicious but tells Patralekha that she will believe her for now and takes her to the gynaecologist department.

On the other hand, Virat has shot at the robbers' SUV tyres and is about to capture them when another car enters the scene which is being driven by Jagthap.

The robbers use Jagthap’s car to escape making Jagthap their hostage.

Meanwhile, the doctor tells Patralekha that her body was not prepared properly for the procedure and her pregnancy will either not reach its term or create a lot of complications for her.

Patralekha gets worried to hear that and fears Sai’s reaction to hearing this news.

Meanwhile, Virat changes direction to capture the robbers from another side.

After a while, Patralekha comes out of the examination room and the doctors tell Bhavani that everything is alright with Patralekha.

Sai asks her about her child's health while the doctor hesitates to reply.

On the other side, patients, nurses and doctors start to vacate the hospital fearing their life.

As the doctor is about to answer Sai, a gunshot is fired.

Sai goes to investigate the gunshot and is shocked to see the hospital under siege with robbers threatening the patients.

Sai comes forwards to stop them while Jagthap hides his face to avoid being seen by Sai.

Sai questions the robbers for keeping the patients at gunpoint and shames them for using the hospital to his advantage.

Sai tries to run when the robbers stop her and throw her on the floor.

Virat tells his team that robbers have taken over the hospital and his wife also works there.

The robbers begin to collect everyone's phones and send Sai to her cabin with a robber to get her phone.