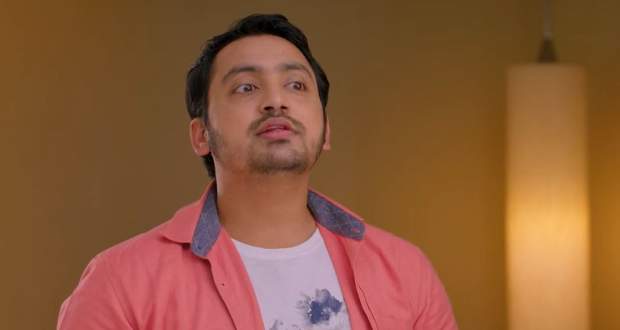 Today's Ghum Hai Kisi Ke Pyaar Mein (GHKKPM) 14 June 2021 episode starts with Devyani making tea for Sai and everyone praising her for it.

Devyani gets angry at Pakhi and tells her that she must have done something while Harinee reveals that Sai was taking Virat's name in sleep.

Later, Sai realizes her phone is switched off and gets upset to see that there is no message from Virat upon switching it on.

Meanwhile, Sunny brings Vada Pav for Virat tells him that he is an idiot to be oblivious of the fact that Sai has become possessive of him.

However, Virat doesn't believe him but thinks of Sai while Sunny says that Sai has fallen in love with him.

Meanwhile, Pakhi overhears their conversation from behind the door.

Virat refuses to believe him and brings up the incident of last night about the message.

He tries to make her understand that Sai loves him while Pakhi barges in.

She taunts Sai while Sunny accuses her of being the reason for Virat and Sai's fighting.

Sunny speaks in support of Sai and accuses her of ruining Samrat's life.