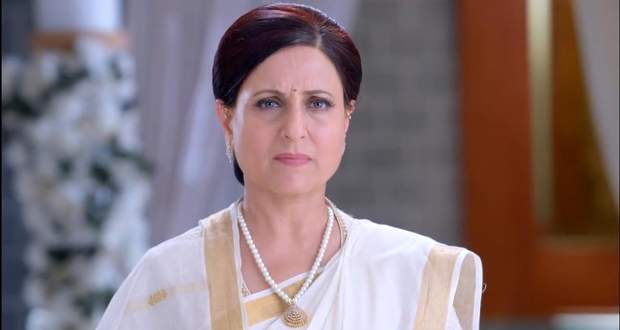 Meanwhile, Sai tells Ashwini that she does not want to go home because of Patralekha.

Ashwini tells her that soon Patralekha’s anger will also end and she too will conceive a child again.

Virat comes in and tells Sai that the doctor wants to talk to them before leaving.

Meanwhile, Mansi tells Bhavani that Patralekha is grieving and does not know what she is saying.

However, Bhavani tells Mansi Patralekha's behaviour with Sai after so many days is not justified especially when she is pregnant.

Virat is shocked at the news while Sai and Ashwini cry in agony.

Ashwini tells Virat that at this time Sai needs him the most but Virat tells her that he finds it difficult to believe that he can never be a father again.

After a while, Sai and Virat come back home and Mansi tells her that soon she will conceive again.

Feeling hurt Sai tells everyone that she can never get pregnant in future.

Bhavani gets angry and drags Patralekha in front of everyone.

Bhavani tells Patralekha that she is responsible for Sai’s miscarriage and her hope of ever becoming a mother.

As Patralekha’s mother sides with Patralekha, Bhavani tells her that the stress that Patralekha gave to Sai was the cause of her miscarriage and asks Patralekha to leave the house.

Mansi stands against Bhavani’s decision and tells her that she has no right to send Patralekha away from the house.

Mansi also threatens to leave the house if Patralekha has to go.

Bhavani tells Mansi that she has only asked Patrelekha to get away from her sight as she does not need any reminder of her killing Sai’s child.

Patralekha’s mother stands up for Patralekha and tells them that Patralekha is not alone and asks Patralekha to come with her.

Just then Sai stops them and tells them that Patralekha will not go anywhere.

© Copyright tellybest.com, 2020, 2021. All Rights Reserved. Unauthorized use and/or duplication of any material from tellybest.com without written permission is strictly prohibited.
Cached Saved on: Thursday 9th of June 2022 12:01:18 AMCached Disp on: Saturday 25th of June 2022 03:36:39 PM