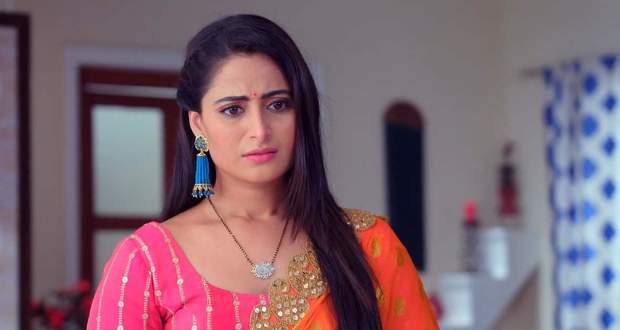 Today's Ghum Hai Kisi Ke Pyar Mein 15th April 2022 episode Shivani scolding Rajeev for thinking everything will be forgiven after what he has done.

Rajeev goes on his knees and begs Shivani for a second chance.

On being offered support by Sai, Shivani tells her that she is totally confused and doesn't know what to do.

Sai tells her to listen to her heart and do as it says.

After a while, Shivani cries incessantly and gives Rajeev another chance.

Rajeev thanks Shivani and Sai wishes for the same from Virat.

However, Virat tells Shivani to not believe his charming words because he is an expert in charming others.

Shivani tells Virat that Rajeev has learned to admit his mistake and that's why deserves a second chance.

After a while, Shivani thanks Sai for making it possible for her and Rajeev to meet.

Seeing Shivani's happiness, Sai advises Shivani to marry Rajeev but Shivani is afraid about it.

Sai tells her that based on Rajeev's recent activities, it doesn’t look like he will leave her ever.

Sai confess to loving Virat which makes Shivani happy and she congratulates her.

At the Chavan house, Bhavani and Patralekha are trying to trace Sai but she is not receiving her call.

Meanwhile, Rajeev comes out and hugs Shivani and thanks Sai for helping her.

Shivani tells Rajeev that Sai hasn’t confessed her love to Virat and also updates her about her story.

Rajeev offers to help her in winning Virat over.

Rajeev tells Shivani that they will go to Chavan's house, where he will apologise to everyone.

However, Sai tells him that going in front of them just now is not wise as they feel hurt and will not forgive him easily.

Sai suggest taking Virat’s help as he is the only one who can convince the rest of the family.