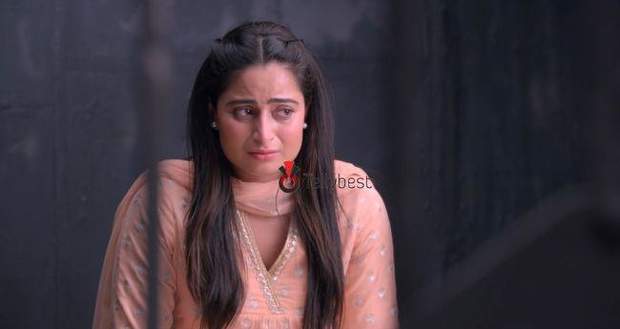 Today's Ghum Hai Kisi Ke Pyar Mein 15th August 2022 episode starts with Bhavani telling Sai to take back her case while Sai tells her that she will not take her case back nor will she get the bail.

Bhavani tells her that she should think of the family’s reputation.

Meanwhile, Karishma also tells her that all the neighbours are talking about their family and making fun of them.

Ninad also tells Sai to help in getting Patralekha out on bail and let the court decide her fate.

Sai tells him that she does not want Patralekha to be around Vinayak.

Bhavani tells everyone that if Patralekha is in jail then she should also go she was her accomplice unknowingly.

Threatening Virat with jail, Bhavani asks him to get Patralekha out on bail.

Virat tells Sai to let Patralekha out on bail.

However, Sai tells everyone that if they will get Patralekha out and bring her home then she will leave the house with Vinayak.

Virat is shocked to hear Sai’s threat and questions her for even thinking about it.

Meanwhile, Patralekha is regretting crossing all the limits in being blind for Virat’s love.

On the other hand, Bhavani accuses Sai of blackmailing them while Sai tells her that it is she who is blackmailing her by threatening to go to jail.

She tells Virat that for the safety of her child, she will go to any length and will leave the house with him if that is what it takes to keep him safe.

Virat gets angry at Sai and tells her that Sai will not take Vinayak away as a family is very important for a child.

However, Sai tells him that she does not want to take Vinayak away from them but if Patralekha comes back to the house she will have no choice.

Sai also tells them that Patralekha will again manipulate the family members and take away her child from her.

Virat questions Sai for doubting his family while Sai remains adamant and tells them her decision is final.

Virat guilts Sai into doubting his family and threatening to leave the family because she has no family of her own.