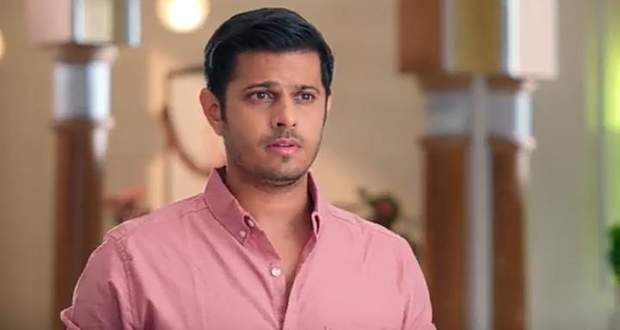 Today's Ghum Hai Kisi Ke Pyaar Mein (GHKKPM) 15 December 2021 episode starts with Sai questioning Virat about the vermillion stain while he tells her that he doesn't know and questions her back why she is doubting him.

He tells her that he can't tell her everything while she suggests he take a hot bath to get rid of his tiredness.

She asks him the reason for his worry while he tells her that he can't tell her anything.

Sai massages Virat's head and puts him to sleep while the hotel manager pesters Shruti for the ID card while she answers him that she will call her husband and will tell him to speak to the hotel management.

Virat has a nightmare and wakes up. Sai goes downstairs to bring dinner for him as he goes to shower.

The hotel keeps calling Shruti and she calls Virat to inform while Sai sees her missed calls as he is in the shower.

She informs Virat about the missed calls and questions him who Shruti is which startles Virat.

However, he tells her that he needs to call back immediately and that it is confidential.

Sai questions him while Virat behaves rudely with her and leaves.

© Copyright tellybest.com, 2020, 2021. All Rights Reserved. Unauthorized use and/or duplication of any material from tellybest.com without written permission is strictly prohibited.
Cached Saved on: Thursday 20th of January 2022 05:09:58 AM