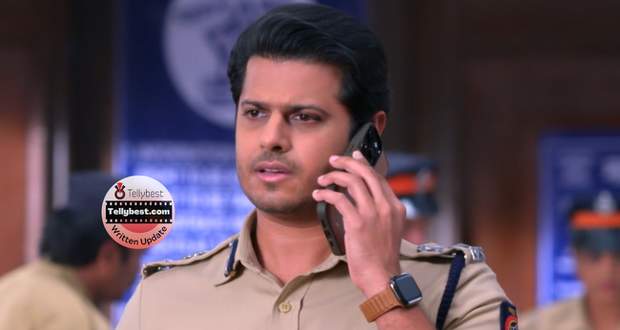 Ashwini feels Patralekha’s pain and cries thinking what can she do to ease her pain.

Meanwhile, Sai and Virat are waiting for Karishma to wake up wondering what happened to Karishma.

Later, Sai apologises to Karishma that they could not save her child as they were late in coming.

Sai comforts her saying mistakes happen and instead of giving up one should strive to move on and rectify the mistakes.

Meanwhile, Karishma cries inconsolably telling Virat that before he makes assumptions she wants to clarify that it was Mohit’s child and she never loved another.

She only craves Mohit’s attention who has no time for her and has been tailing Sai and later Patralekha like a puppy.

Karishma expresses her dislike for Mohit's behaviour and tells them she only befriended Vikrant to make Mohit jealous but she had no clue that her whole life will crumble in front of her eyes while she craves Mohit’s attention.

Later, Karishma tells Virat and Sai that Vikrant tried to be close to her but she refused him saying she only loves Mohit and is pregnant with his child.

Vikrant suggested aborting the child but she slapped him and used Virat's name to scare him away.

She also tells them that after Mohit left she fell into despair thinking how will she alone bring this child into the world and suddenly everything looked bleak and she fainted.

Meanwhile, Vinayak is trying to make Patralekha eat but Patralekha tells him to go and leave her alone.

Vinayak tries another trick to make her smile and but she rudely tells him to go to his ‘Choti Mumma’ and leave her alone.

Vinayak understands Patralekha’s pain and tells her about the time when he went to the Kumbh Mela and she risked her life to save him.

He tells her that when he hugged her than he realised that she is his true mother and she cannot live without her.

Vinayak also tells her that he does not like to see her hurt or in the hospital and if she continues to ignore her health then she will fall ill again which he cannot bear.

Elsewhere, Sai tells Virat to arrange accommodation for Karishma and tells him that Karishma is in a bad place now and it will create more mental stress if she goes home in this condition.

She reminds him of Bhavani’s orthodox thinking and how she will taunt Karishma of her affair and accuse her child to be of Vikrant.

Later, Sai calls the month inauspicious and reminds Virat that it is the same month they lost their Veenu.

Sharing with Virat her hope of finding Vinayak and getting disappointed again, she asks him if he will sit with her in Vinayak’s Punnye Tithi veneration.

Virat gets shocked and asks Sai what is the point of Pooja after so many years.

However, Sai insists saying it will provide peace to Vinayak's soul and they will have to do it for him.

Virat refuses and tells her that it will be better for all of them if they forget about all this and move on in their lives.

In the meantime, Virat is standing in front of God and praying for Vinayak's health.

He also tells God that he is helpless and cannot tell Sai about Veenu being alive nor can he sit with her in Vinayak’s Punnye Tithi Pooja.