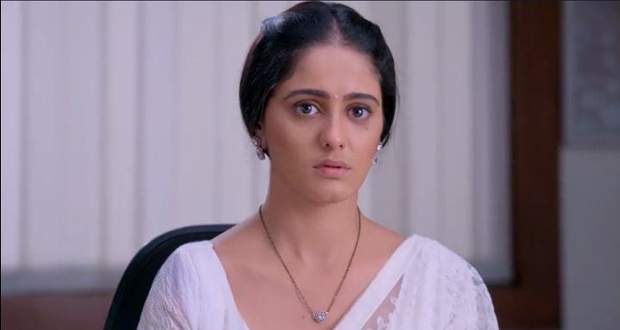 Today's Ghum Hai Kisi Ke Pyar Mein 15th June 2022 episode starts with Sai stopping Patralekha from going and tells Bhavani that she does not blame Patralekha for the loss of her child.

She tells them to let the bygones be bygones as neither Samrat nor her child will come back.

Therefore it is better that they don’t put themselves in more pain whereas Virat also agrees with Sai.

Patralekha tells everyone that she has not meant any harm to Sai’s child while Bhavani tells her that when the child is in the mother’s womb then any ill will for the mother affects her child too.

Afterwards, Bhavani asks Patralekha to leave the house with her mother.

Mansi also tells everyone that she will also go with Patralekha.

Everyone tries to stop her but Bhavani tells her that Mansi is wrong to support Patralekha and tells her that the door of this house will always remain open for her.

Later, Virat and Sai are disturbed at Bhavani’s stubborn reaction to Patralekha and wish for a magic wand to turn things back to normal.

Afterwards, Virat finds the toys that he has brought for his child and recalls the happiness he felt at the news of his arrival.

The next morning, Bhavani comes to Sai’s room while Sai and Virat wonder about Bhavani’s chirpiness and ask her where does she want to take them.

Bhavani tells them that she is going to take Sai to another specialist for a second opinion.

On the other hand, Patralekha’s mother consoles Mansi for being treated badly by the Chavan's and assures her that she can stay with them as long as she wishes.

Meanwhile, Bhavani asks the doctor if there is any way Sai can become a mother again.

The doctors tell Bhavani that Sai can only become a mother again either through adoption or surrogacy.

At the house, Bhavani insists on seeing another doctor as this doctor is talking nonsense.

Ashwini asks Bhavani to not pressurise Sai and Virat into another pregnancy so soon after the loss.

Ninad also agrees with Ashwini but Bhavani gets angry at both of them and tells them that it has already been so late and they want them to wait for more.

Sonali also agrees with Bhavani saying that reputed families like theirs do not opt for surrogacy.

© Copyright tellybest.com, 2020, 2021. All Rights Reserved. Unauthorized use and/or duplication of any material from tellybest.com without written permission is strictly prohibited.
Cached Saved on: Tuesday 9th of August 2022 04:57:41 PMCached Disp on: Thursday 11th of August 2022 10:40:23 PM