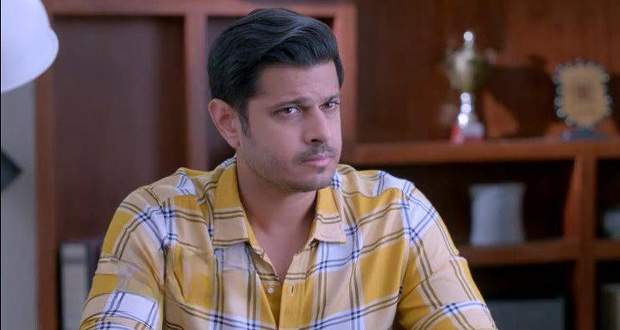 Today's Ghum Hai Kisi Ke Pyar Mein 16th June 2022 episode starts with Sai engrossed in wishful thinking where she and Virat are playing with their child.

Ashwini comes to console her and asks her what she wants and whether she is ready for another child via either method.

Later, Sai comes to Virat and tells him that he is losing him along with her child.

Virat tells her that he is finding it difficult to accept the truth.

Sai tells him that they need to talk about this as parents and tells him that she understands the pain that he is going through and she is also in a lot of pain.

She also tells him that to come out of this pain they have to select either option of becoming parents.

However, Virat tells him that he is against both options and goes to the nursery.

Sai recalls their past conversation where they use to wonder about their child and make a plan about him.

Ashwini observes Virat’s behaviour and worries about Sai and Virat’s relationship while Ninad counsels her for understanding Virat’s pain as a father.

However, Ashwini tells Ninad that all this pain might end Virat and Sai’s relationship.

Ninad assures her that he will talk to Virat and will not let him lose sight of the responsibility and love that he has for Sai.

Elsewhere, Patralekha is remembering Samrat when Vaishali (Patralekha's mother) comes to her and turns Patralekha against Bhavani saying that she wants her out after Samrat’s death and uses Sai as a reason.

She also tells her that if she would have been pregnant then it would have meant differently for her.

After a while, Vaishali tells Patralekha that she has invited a friend's son to meet her so she can think of moving forward in her life.

Patralekha gets agitated to hear her but Vaishali scolds her and tells her to not be a fool.

Meanwhile, Sai puts a pillow under sleeping Virat but accidentally presses a toy which wakes Virat.

She apologises to Virat for causing him grief and that she only wants to see him happy.

The next day, Vaishali is helping Patralekha to get ready for meeting Rohan when Mansi comes in and feels sad to see Patralekha moving on with her life.