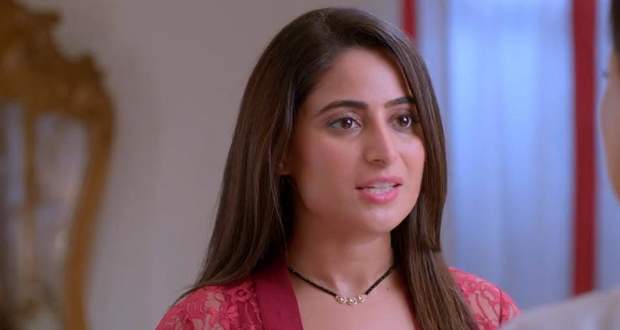 Bhavani stops everyone from further celebrating Sai’s result and tells them that it has no meaning in the house as Sai will not be pursuing her career.

Sai tells her that for her to become a doctor she needs to finish her internship first.

However, Bhavani strictly tells her that she has nothing further to do with her studies and should only focus on taking care of her home and hearth.

Ashwini tries to convince Bhavani to let Sai practice her career but she remains stern.

However, Sai stands strong and sarcastically reminds Virat that this is what he has promised to Bhavani.

Virat takes back the mark sheet from Bhavani and gives it to Sai. Pulkit gives the folder to keep the mark sheet which also contains the internship letter.

Afterwards, Sai presents her mark sheet to Kamal’s photo and expresses her sadness for demeaning her achievements.

Virat comes forward and apologises to Kamal and Sai for being responsible for this behaviour.

Virat assures Sai that he will not let Sai’s dreams die.

Sai also tells him that she will join her internship tomorrow whether he tells the truth to Bhavani or not.

Virat also promises to tell Bhavani the truth after the Haldi Kumkum ritual.

The next morning, Virat and Sai comes down and lies to Bhavani about going shopping so that Sai can attend her first day of Internship.

Bhavani allows them with an instruction to come back before the Haldi Kumkum.

At the university gate, Virat tries to cheer Sai and kisses her which someone who just entered the premises on a bike observes.

Virat's action has captured his attention and he looks closely at their happy faces.

Virat and Sai are unaware of someone’s scrutiny and are engrossed with each other.

Afterwards, Virat leaves Sai with a promise to return at 3 PM.