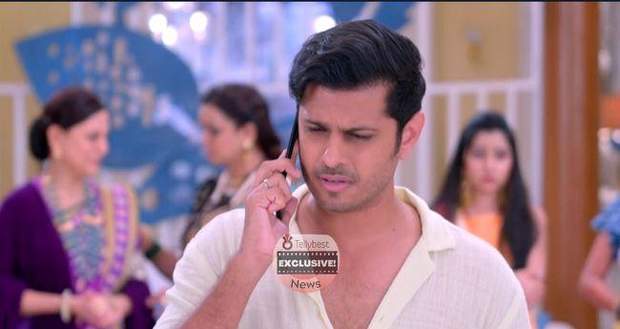 Today's Ghum Hai Kisi Ke Pyar Mein 17th August 2022 episode starts with Sai telling everyone that she was brought up by her father alone and she can also raise her child alone.

Meanwhile, Virat tells Sai that she will not let her break his family while Sai tells him that keeping her away from the family is his choice and calling her separate from the family tells her that he has never considered her his family.

Sai also tells him that as a mother it is her responsibility to make sure Vinayak is brought up in a safe and secure environment.

However, Virat tells Sai that as Vinayak’s father he also has a right to decide where his child will live and be raised and he has decided that Vinayak will live in the house.

Virat asks Sai to hand over Vinayak but Sai tells him to stay away and that she has warned him earlier that with Patralekha in the house she will not let Vinayak live there around Patralekha who is a bad influence on him.

Virat tells Sai that he cannot and will not leave his family and Patralekha is also a part of his family even if she is in the wrong.

Seeing Virat and Sai fight like cats and dogs, Ninad and Ashwini intervene and tell them not to make Vinayak reason for their separation as he will not be able to bear it after growing up.

However, Virat tells Ashwini to not say anything to Sai as she has no care and concern for this family and is only thinking of herself and he is also tired of her daily dramas and feels burdened by her and accuses her of Samrat's death.

Sai and others are shocked at Virat’s hurtful words while Sai tells him that he is also responsible for the death of her father and now wants to take away Vinayak from her as well.

Virat has had enough and tells Sai that if she leaves the house today then they will not be anything left between them.

Ashwini tries to stop Sai but Virat stops her and tells Sai that if she ever had a feeling for him then she will not leave the house.

Sai tells him that his love and care were shown when he had gone against her decision and brought back Patralekha to the house.

Later, taking her suitcase, Sai leaves the house while everyone looks at her helplessly.