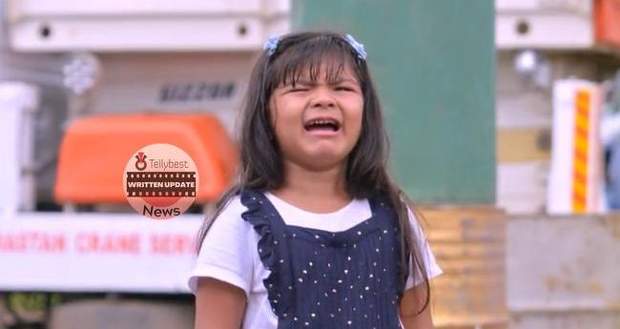 Meanwhile, Gulab Rao flees from there and Sai rushes to check on Virat and Savi.

Sai gets worried seeing blood coming out of Virat’s shoulder and wonders what can she do to help him as there is no hospital nearby.

In the meantime, Patralekha comes down with her suitcase and tells everyone that Virat is fighting the goons and there were sounds of gunshots.

Patralekha rushes out of the house while Ashwini prays for Virat’s safety.

Elsewhere, Sai puts Virat in the car with the help of Savi and takes Virat to the police headquarters which are a short distance away.

On their way, Sai asks Usha to bring her medical kit to the police quarters.

At the police headquarters, Sai asks the policemen to take him inside the dispensary.

At the Chavan house, Bhavani is trying to contact her MLA in the nearby area to send police to help Virat.

Vinayak is afraid for Virat’s health but Sai assures him that she will not let anything happen to Virat.

Savi receives Patralekha’s call and passes it to Vinayak who tells Patralekha that Virat has been shot.

Later, Savi assures Patralekha that her mother is treating Virat and that he will soon be fine.

Meanwhile, Sai is struggling with a lack of facilities in taking the bullet out of Virat's shoulder.

After a while, Sai comes out and tells Vinayak that Virat’s bullet is out and soon he will be alright.

Later Sai expresses her gratitude to Virat for saving Savi at the cost of his life.

Usha observes Sai watching over Virat and praying for them to get back together.

The next morning, Virat is running a temperature and Sai goes to get the medicines needed to cure Virat.

As Sai leaves the quarter, Patralekha arrives there.

Meanwhile, Sai could not get the required medicine at the local store and needed to get it from the city.

Sai recalls that Jagthap is in the city and calls him to get the medicine.

As Sai returns to the quarters she is shocked to see Patralekha as Virat’s wife and Vinayak their son.