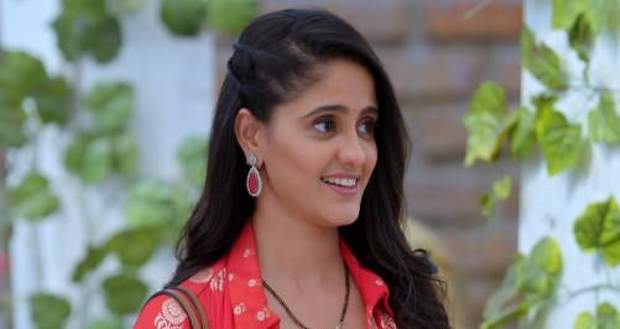 Sai comes out thinking she has missed Virat but spots him at the other side.

Seeing Virat, Sai begins to tease him and follows Virat inside.

At the house, Karishma once again calls Sai who tells her to open the door.

Ashwini requests Bhavani to not talk to Sai about Rajeev or it might spark Virat’s anger.

In her room, Sai asks Virat about his decision regarding Shivani and Rajeev and he says no.

Determinedly, Sai tells him that she will do everything on her own.

After a while, Sai and Shivani talk about Virat’s behaviour, while Shivani asks about Rajeev’s problem.

Just then doorbell rings, Karishma opens the door and finds Rajeev at the door disguised as an AC mechanic.

Shivani is worried about Rajeev being exposed while Bhavani questions him about looking familiar.

Meanwhile, Shivani comes to Virat’s room to talk while Sai tell him that Rajeev also wishes to convince him.

Virat is shocked to see Rajeev in the house and asks him to leave before everyone recognises him.

Rajeev tells him that he is here to convince him to help him in marrying Shivani.

Virat threatens Rajeev by exposing him to the family if he doesn't leave.

However, Rajeev is not concerned about being exposed and tells him that he will do it on his own.

Shivani emotionally blackmails Virat to seek his help, which hurts Virat but he remains adamant.

Sai also argues in favour of Rajeev asking him to forgive the past and move on to new beginnings.

Shivani goes to check on Rajeev while Sai tells Virat that he might regret not helping Shivani and Rajeev later.

Bhavani stops Rajeev midway and tries to remember him.

Sai goes to tell Virat that Rajeev is standing right in front of Bhavani.

Before Rajeev tells Bhavani, Virat intervenes but Bhavani stops him from going away.