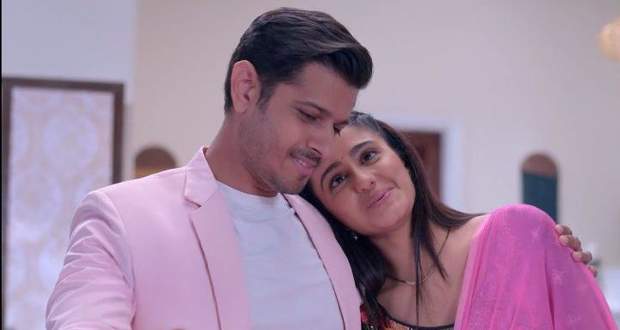 Ashwini comes to Sai and tells Sai not to try to pose happy in front of him.

Sai shares with Ashwini how Virat is behaving differently with her.

Ashwini suggests taking Virat for therapy while Sai thinks Virat might not agree to that.

Meanwhile, Mansi tells Vaishali that she is going to an Old age home as she does not wish to be a burden to them.

Patralekha objects to her leaving and tells her that she will take her to the Chavan house.

Meanwhile, Sai is packing the nursery to be donated to some family that angers Virat.

Sai tells him that until they decide how they want to get the child then they will buy new things for him.

She also tells Virat that he is getting away from her and asks him to see the counsellor.

In the meantime, Bhavani is discussing the options of birth with Sonali and Ashwini.

After a while, Sai gets a reminder of Samrat's birthday and wants to celebrate it to honour him.

In the meantime, Bhavani stops Patralekha from entering the house.

However, Patralekha tells her that she has a right to be in the house just like Sai.

She also credits Sai for taking a stand for everyone and herself and this is what she will do too.

Bhavani is adamant about not letting Patralekha come inside while Patralekha tells her then she will have to call the police like Sai.

Bhavani is stunned at Patralekha’s boldness and tells her that she has never expected this behaviour from her.

Patralekha also tells Bhavani that she has also never thought the Bhavani will throw her out of the house.

But now for the sake of her mother-in-law and herself, she is back and will stay here only.

As Patralekha and Mansi come inside, Virat tells them about their plan to bring them back.

Sai tells them that tomorrow is Samrat’s birthday and she is going to bring them back to celebrate it.

Bhavani gets angry at Sai’s suggestion while Patralekha hugs her with gratitude which shocks everyone.

© Copyright tellybest.com, 2022, 2023. All Rights Reserved. Unauthorized use and/or duplication of any material from tellybest.com without written permission is strictly prohibited.
Cached Saved on: Wednesday 25th of January 2023 02:35:29 PMCached Disp on: Sunday 5th of February 2023 01:00:12 PM