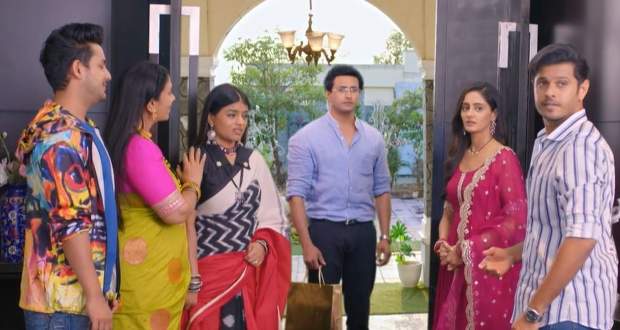 Virat twists Pulkit's ear as a ritual and tells him to take care of Devyani.

Further, Pulkit gifts sweets to Ashwini which makes her emotional and she says she has got an ultimate gift in the form of respect from him.

At the same time, Patralekha taunts Sai that she has come here to take care of Virat then why is she indulging herself in such activities.

Sai firmly answers Patralekha that whatever she is doing is for Virat as he was feeling guilty about not able to attend Pulkit and Devyani's marriage she decided to complete all the post-wedding rituals now.

Meanwhile, Pulkit and Devyani move forward to take blessings from Bhavani but she holds Devyani's hand arrogantly and pushes her violently.

Pulkit gets furious with such behavior and tells everyone if anybody misbehaves with Devyani will have to face his arrogance.