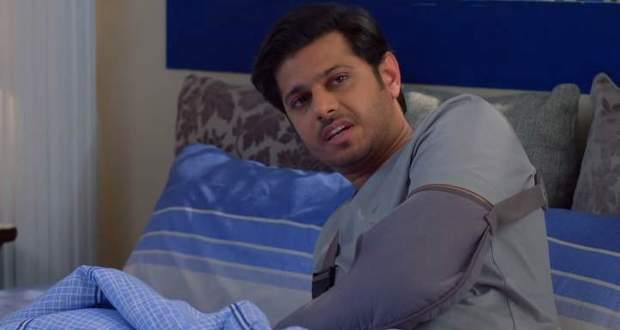 Sai teases Virat for being caring however Virat remains rude.

Patralekha who has come to check on Virat is jealous to see Virat and Sai so close and wishes for Sai to evaporate in thin air.

Later, Samrat approaches her and accuses her of spying into other's bedrooms.

After a while, Sai installs a curtain between them granting him his wish.

In their bedroom, Patralekha tells Samrat that he has misunderstood her and she cares for Virat just as he cares about him and nothing else.

Samraat feels helpless at not being able to help Virat and keep Sai away.

However, Patralekha asks him to take some action to send Sai away.  She also asks Samraat to save Virat from Sai by being a team.

Late at night, Sai cries her heart out talking to Kamal Joshi's picture sharing her pain of being alone. Sai feels lighthearted and pledges to not give up as Kamal would have wanted.

While pacing, Omi expresses his annoyance at Sai’s return to the house while Bhavani expresses her helplessness.

Irritated by Sonali's praise, Bhavani scolds her for complimenting Sai and assures them that Patralekha will take care of Sai soon.

At the same time, Patralekha comes inside while Bhavani is happy to see her and asks her to take every step possible to take Sai out of Virat's life as well as theirs.