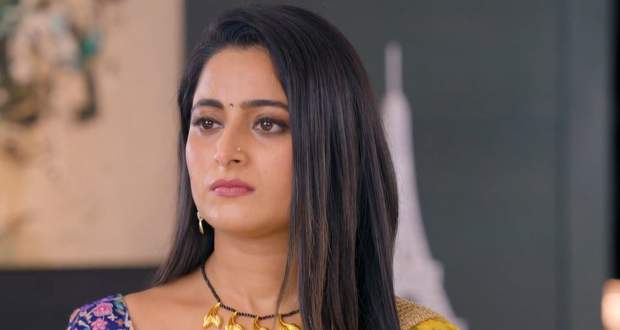 Further, Devyani gets very upset with Bhavani's behavior and insists Pulkit to go back to their house.

Omkar taunts Pulkit for being a fool and asks him to leave.

Later, Mohit and Virat try to calm down Devyani and request Pulkit to stay for the lunch.

Ashwini consoles Devyani by saying her that Sai will make everything fine.

On the other hand, Sai asks Bhavani about Devyani's child which makes Devyani feel uneasy.

At the same time, Bhavani tries to defend herself by saying that she doesn't know anything about it.

Further, Sai reveals to her that she knows the truth that she had told Pulkit that their child had been born dead and later she gave the baby girl to an orphanage.

Sai shows Devyani the photograph of grown up Harini and tells her she is her granddaughter.

Upcoming Ghum Hai KisiKe Pyaar Mein (GHKPM) episode update: Bhavani tells Devyani to stop as she is about to leave the house.