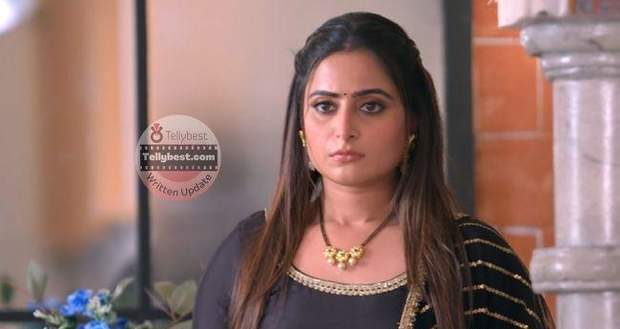 Today's Ghum Hai Kisi Ke Pyar Mein 1st December 2022 episode starts with Patralekha trying to convince Virat that she is not a pestering wife when Virat tells her that she will be refusing the offer.

Meanwhile, Sai happily tells Usha that she is going for another job interview after refusing commissioner sir and for that she will need her blessings.

In the meantime, Virat has come to the hospital to ask after his unit while they all thank him for saving their life.

One officer in particular mentions his daughter wanting to thank him personally.

On the way to the police station, Sai is thinking about the last day’s incident and how she was helpless when her father did not get the proper medical attention on time.

Elsewhere, Ashwini is happy to see Patralekha happy while Patralekha thanks her for helping her understand the importance of keeping her relationship intact and working on making it strong instead of wasting her time on negative thoughts.

Ashwini tells her all she wants for her is to be happy while Patralekha tells her about her plans regarding Vinayak.

At the police station, Virat is thinking about commissioner sir’s comments when Sai arrives followed by Rupa who is the daughter of the injured officer.

Rupa expresses her gratitude for saving her father’s life as she has no one else besides him.

Virat directs her to Sai saying she is the one who saved her father's life.

Rupa’s gratitude brings back lots of memories of the past.

Sai sees herself in Rupa and how she was the same years ago.

Later, commissioner sir asks Virat and Sai about his proposal.

Meanwhile, Virat tells him that despite his desire to say no he will have to accept his offer as his duty demands that he say yes.

Afterwards, commissioner sir asks Sai to give her an answer as it now depends on her.

In the meantime, Sai comments on Virat’s emotionless speech about duty and looks magnanimous about his job.

Virat tells her that no one is forcing her to say yes and she has a right to refuse.

However, Sai tells him that she cannot detach her emotions like him and wants to say no to this proposition but her father’s face comes in front of her eyes who died because he could not get timely medical attention.

Therefore she will accept this position to honour her father.

Commissioner sir is delighted at their answer and asks Virat to sign Sai’s joining letter.

Just then Patralekha calls Virat which stops him midway.

At home, Bhavani asks Patralekha if she is sure that Virat will refuse the offer.

On Patralekha’s affirmation, Sonali makes fun of her belief in Virat.

However, Patralekha tells Sonali that for Virat his promise is a matter of honour and he will not go back on his promise.

Elsewhere, Virat signs Sai’s joining letter and welcomes her to the team.

© Copyright tellybest.com, 2022, 2023. All Rights Reserved. Unauthorized use and/or duplication of any material from tellybest.com without written permission is strictly prohibited.
Cached Saved on: Wednesday 25th of January 2023 11:28:57 AMCached Disp on: Monday 6th of February 2023 04:47:50 AM