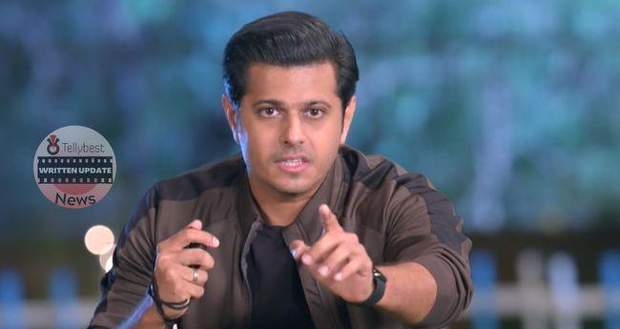 Today's Ghum Hai Kisi Ke Pyar Mein 1st November 2022 episode starts with Virat trying to excuse Savi but Savi tells him that she can come and goes to ask Sai for permission.

On hearing Savi’s request, Sai refuses to take her and tells her that Vinayak needs to practise without disturbance.

On constant requests from Savi, Sai gets angry and tells Savi to not become stubborn about it.

Savi realises that Sai and Virat are at odds and asks her to not involve them in their fights as only a day is left for Vinayak’s race.

After a while, Sai is worried that Vinayak might not be able to take up the heat for academy training and might injure his muscles.

Virat and Patralekha come to Police academy and tell the doctor that he wants to get Vinayak trained by the best.

After a while, the trainer Dr Dole uses forces for Vinayak to run faster and tells him to run without braces while Patralekha is worried about Vinayak who might not be able to bear the rigorous training.

Virat tells Patralekha that Dr Dole is a specialist in training and has also worked with various injured soldiers and he knows what he is doing.

Meanwhile, Sai decides to go to the police academy to help Vinayak.

On the other hand, Vinayak feels a lot of pain while running and falls down at one point.

Patralekha runs to him and asks for a break.

After a while, Patralekha goes to get some more water for Vinayak while Virat goes to attend the call.

Just then Sai comes to the academy and calls Vinayak and motivates him to follow his father’s instruction to practise.

She also tells him to walk fast with soft knees instead of stiff knees.

After that, Sai tells him about the voice note that he will be hearing while running and it will help him to run and win for Savi’s sake.

Later, Sai’s motivational voice tells him that he can do the impossible and run for the people who will be happy to see him win.

Meanwhile, Patralekha finds Sai standing behind the camp and thanks her for coming to help Vinayak.

Sai tells Patralekha that Vinayak is more than a patient to her and she understands what will make Vinayak run.

She also tells her that as mothers they want their children to be happy and conquer fear and win.

After a while, Virat calls Patralekha to watch Vinayak run.

Vinayak begins to run and listens to a motivational voice and manages to run fast and finishes the race in mere 50 seconds.

Virat, Patralekha and Sai all become happy at the results while Vinayak feels relieved.