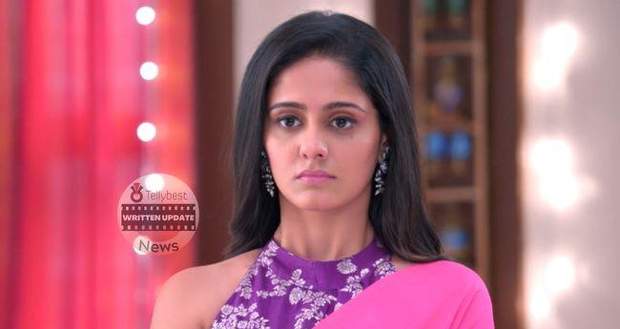 Virat tells Patralekha about Savi’s call and mentions Sai’s name in his flow.

At the same time, Virat apologises to Patralekha for hurting her unintentionally.

Patralekha tells him that she has accepted the truth that Sai will always be between them.

However, Patralekha tells him that she is not leaving the room because of Sai but is going to sit with Ganesh Ji’s lamp for the night.

Meanwhile, Sai is also sitting with Ganesh Ji's lamp and thinking of Virat.

Virat and Patralekha are also thinking about the past and bearing the pain in their own way.

The next morning, Savi asks Sai to take a selfie while Sai asks Usha to hurry.

Meanwhile, other women are admiring Sai for being an exemplary woman.

Patralekha is preparing Vinayak for school and asks him to introduce her to Savi when he calls her next.

However, Vinayak is unaware that Patralekha remains barefooted until Ganpati Visarjan for Vinayak’s sake so that Ganpati cures his legs.

Bhavani praises Patralekha’s devotion to Vinayak and tells Ashwini that the time has come for Vinayak to have a companion in the house to play with.

However, Ashwini tells her that Virat has not accepted Patralekha as his wife.

As a solution, Bhavani suggests sending Virat and Patraleka on a honeymoon hoping that they might come close when they spend so much time together.

Meanwhile, Karishma taunts Mohit for becoming a yes man for Patralekha and tells him to not expect her to wait for him or respect him.

On the other hand, Gulab Rao questions Sai’s character in front of the whole village and asks her about her husband and the father of her daughter.

Jagthap tries to defend Sai but Sai stops him while Gulab asks everyone to explain to Sai her relationship with Jagthap.

Sai is looking angrily at Gulab Rao while he poisons the mind of the villagers against Sai.

© Copyright tellybest.com, 2020, 2021. All Rights Reserved. Unauthorized use and/or duplication of any material from tellybest.com without written permission is strictly prohibited.
Cached Saved on: Friday 30th of September 2022 05:16:49 PMCached Disp on: Saturday 1st of October 2022 04:00:49 PM