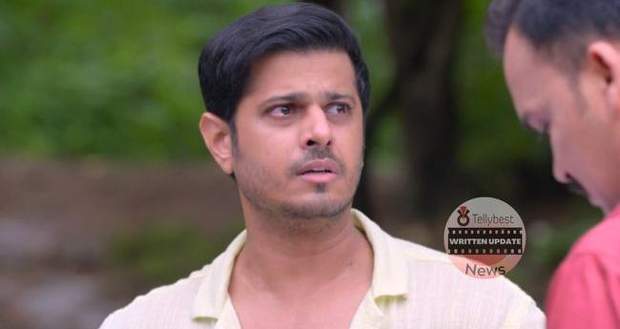 Today's Ghum Hai Kisi Ke Pyar Mein 20th August 2022 episode starts with Savi asking Sai to take her to her favourite place while Sai tells her that she has a lot of work and cannot take her there.

Savi in her cute ways convinces Sai to take her there.

On the way, Savi and Sai meet and greet a lot of people who know and respect them.

As Sai and Savi reach the police training ground, the drill is about to start and Sai playacts the role with finesse.

Just then, Sai’s acquaintance arrives asking Savi what she likes to see here every day.

Savi asks Sai about Virat and asks her why is he not coming to see them.

Later Savi gets angry with Sai and tells her that she will not talk to her.

Sai tempts her with ice cream and after a while manages to make Savi smile.

On the other hand, Virat is on the mission when he gets a call from Vinayak who is telling him that he is on his way to the camp.

At home, Sai helps Savi wash her hands while Usha gives her a cup of tea.

After a while, Savi prepares Sai’s students for the class and teaches them to stand at ease and attention.

Seeing Savi's cute antics, Usha tells Sai that Savi is her copy of her childhood.

Later, Sai playfully asks Savi to let her take the class and tells her to go inside.

As Sai is teaching maths to the women of the village, the Principal of the school calls her to inform her about the camp and asks her to be their medical adviser like always.

Hearing that the kids are coming from Nagpur brings back a lot of bitter memories of the past.

After a while, one of Sai’s students comes in late and Sai observes marks of beating on her and asks her to leave her husband.

However, the woman tells her that it is not possible for a woman to leave her husband and family but she will not understand this as she has none.

Sai feels hurt at the reminder and goes inside to calm herself.

Usha asks Sai about not telling that woman about Virat and his family.

Hearing about them makes Sai angry and she tells Usha to not talk about them as Virat's chapter is over from her life for he didn’t bother to find her despite being a police officer.