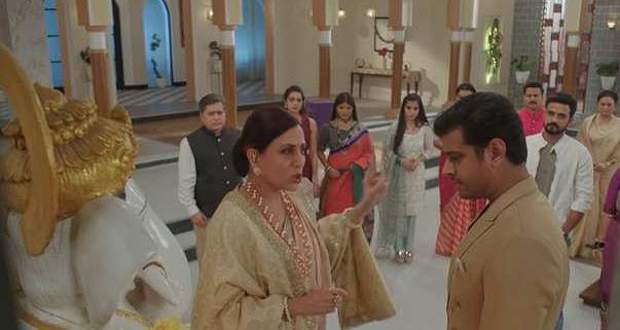 Pakhi asks Virat to at least explain Sai as she is his wife.

Virat shuts her up. Pakhi accuses him of being the reason for all the hardships in Sai’s life.

At the same time, Shivani returns to the house.

Shivani tells she is very much disappointed in Virat as Mohit has narrated everything that had happened in her absence.

Virat again explains that nothing is going on between him and Shruti as everyone is assuming.

Ninad threatens Virat to file a complaint against him and Shruti in the police station.

Ashwani cries hysterically. Samrat consoles her and stops Virat when he approaches her.

Virat asks Ashwani if she believes that her son is capable of cheating and betraying anyone.

Ashwani tells Virat that he will suffer from his career the same way he is suffering in his personal life, all because of Shruti.

While everybody keeps passing comments on Virat, Mansi supports Virat. She denies believing that Virat is guilty.