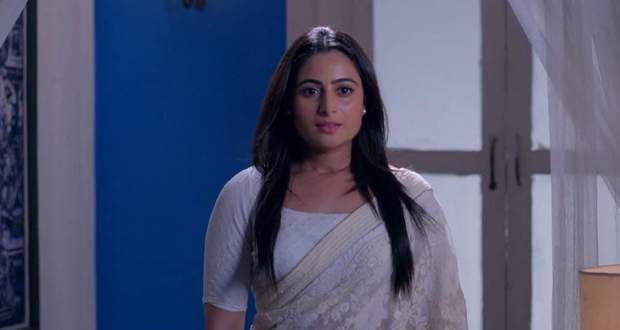 Sai pacifies Pakhi mentioning that Samrat was remembering her the most in the last of his moments.

Pakhi asks for Sai’s forgiveness for all the times she had misbehaved with her wildly when she had cursed her.

Furthermore, all the other members of the Chavan family also reunite with Pakhi with Shivani thanking her for bringing Mansi back to the house.

Seeing the family accepting Pakhi again leaves Bhawani in shock and aggravates her. She outrageously declares that she won’t get tricked by Pakhi’s sweet words and let them celebrate Samrat’s birthday.

After Bhawani’s dispersal, Sai asks for Mansi’s permission for celebrating Samrat’s birthday and say that would see what they can do to get Bhawani on track with them.

Later on, Virat follows up Sai to the terrace who sat there in a saddened mood triggered by Pakhi’s words that reminded her of the accident with her and her child.

Sai and Virat feel dubious about the sudden change in Pakhi’s behavior towards Sai.

Meanwhile, Pakhi arrives there and overhears the conversation. She presents her point of view to them and tries to convince them of her genuineness.

Pakhi also mentions to Sai and Virat if she can be of any help to them in this situation.

Furthermore, Pakhi dreams of Virat being caring and affectionate towards her as she carries his child in her womb, however, the dream gets broken by the sound of Sai’s voice which agitates Pakhi.

On the other hand, Sai questions Virat about how long will it take him to acknowledge the increasing distance between her and Virat when Virat again stays in their baby’s room for the night.

Sai’s mention of bringing up someone else in her place to Virat disgusts him and he makes it clear to her that he doesn’t only want a child but specifically their child.

Meanwhile, Pakhi stands outside the room eavesdropping on the conversation.