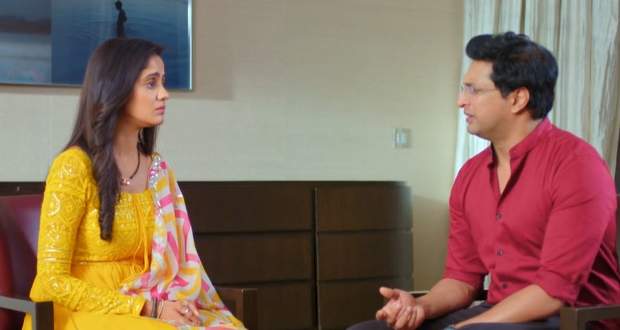 Sai reveals to Bhavani about how she got to know the truth about Harini as Pulkit had put forth his pain and misery in front of her when he came to know about his daughter.

Sai tells Bhavani that Pulkit went through a lot of trouble as the orphanage authorities were not allowing him to take his daughter back but he managed to bring Harini back.

Further, Sai asks Bhavani to show some mercy as she is Devyani's mother and mother's can't be cruel to their children.

On the other hand, Virat and Mohit try to make Devyani comfortable but Pulkit says that he and Devyani shall leave now.

But, Sai insists Pulkit stay and have lunch.

Meanwhile, Patralekha tries to taunt Sai but Virat interrupts in between and tells Patralekha to be quiet.