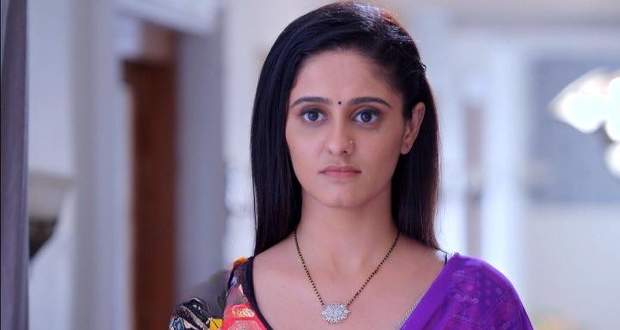 Today's Ghum Hai Kisi Ke Pyar Mein 21st July 2022 episode starts with Virat coming to Patralekha’s room and requesting her to take care of his child and work as a team with Sai to deliver this child healthy and safe.

Patralekha tells Virat that Sai also has issues with her but Virat tells her that Sai will not let her personal opinion overshadow her duties as for them the safety of this child is above and beyond anything.

Later, Sai also tells Patralekha that she will do her duty and look after her but if she tries anything smart with her then she will have to face consequences for it.

On the other hand, Ashwini tells Ninad that Patralekha and Sai should work as a team to bring this child into this world with safety.

Ninad and Ashwini make plans for their grandchild and how they will look after him.

Meanwhile, DIG sir calls Virat to praise him and tell him that he will be awarded a medal for his bravery. After that, he also assigns Virat a new mission which will start the next day.

Later, Sai and Virat go to the temple to pray for the child and decide the names of their child.

After a while, Sai tells everyone about Virat getting a medal that makes everyone happy.

On the other hand, a new DM Harish Vyas takes charge of Nagpur while DIG sir introduces Virat and the rest of the officers to him and sings praises for Sai and Virat.

After a while, Sai tells everyone that Patralekha will face a lot of problems during pregnancy as she is not the right choice for surrogacy.

Patralekha gets angry at Sai’s accusations and scolds her for calling her unfit.

Sai tells Patralekha that this is true and that her body was not ready for surrogacy.

Patralekha tells her that she does not believe that the reports are correct because she is feeling perfectly alright.

Sai suggest going to another doctor for a second opinion but Patralekha refuses to go and stubbornly tells Sai that she will do as she likes and will not act like her slave.

Sai looks stubbornly at Patralekha and tells her that she will have to do as she tells her because she wants her child to come to this world safely.