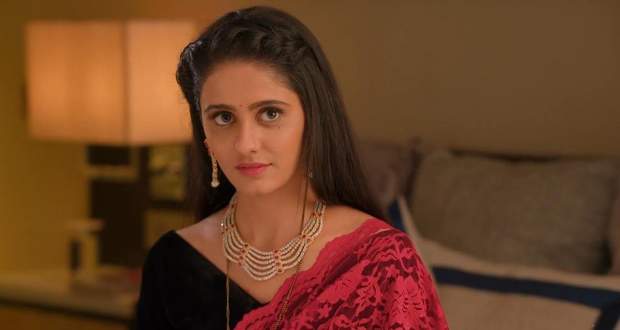 Today's Ghum Hai Kisi Ke Pyaar Mein (GHKKPM) 21 June 2021 episode starts with Virat and Sai entering while Vaishali asks her if she thought they will insult her.

Pakhi and Vaishali taunt Sai while Virat stands up for Sai which upsets Pakhi.

Sai compliments the couple's long-lasting relationship while Pakhi tries to argue saying that she is taunting her.

Sai gifts the Saree to Vaishali and Pakhi accuses her of insulting the family by gifting such an expensive Saree.

Pakhi asks Virat if she can return home with them but argues with Sai and says that she will return alone.

Later, Sai is in an upset mood at home while Virat clicks selfies with her to cheer her up.

He informs her that he has accepted the mission which makes Sai worry for him and proud at the same time.

She hugs him and tells him to take care while he returns the hug.

© Copyright tellybest.com, 2020, 2021. All Rights Reserved. Unauthorized use and/or duplication of any material from tellybest.com without written permission is strictly prohibited.
Cached Saved on: Monday 17th of January 2022 10:39:17 AM