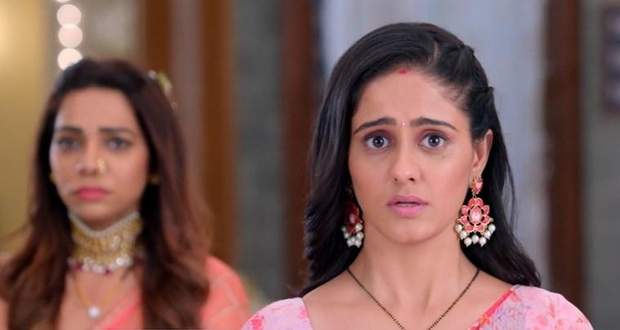 Today's Ghum Hai Kisi Ke Pyar Mein 21st May 2022 episode starts with Virat telling Bhavani that women are not things and should not be differentiated on these petty bases.

Samrat and Mohit agree with Virat and tell him that to change the perception of people they will stand by him and support their wives.

Bhavani gets angry at their suggestions and shames them to expect their mothers to do household chores while the daughter-in-law works outside.

Virat tells them that working outside does not mean getting rid of household chores. It will only require them all to pitch in and help each other and share the workload in and out of the house.

Bhavani gets irritated at these absurd talks while Shiwani questions Bhavani for differentiating between daughter and daughter-in-law.

Bhavani tries to justify her actions and talks about the honour that she has bestowed upon Sai.

Sai tells her that Bhavani has felt bad while receiving the accolades from her but she is Virat’s wife as well and cannot disagree with Virat.

Going down on her knees, Sai apologises to Bhavani for lying to her but tells her that she cannot agree to her conditions.

Bhavani tells her that even if she does apologise 100 times even then she will not forgive her.

Bhavani in her aggression rips out the ‘Molly’ from Sai’s hand deeming her unworthy.

However, Sai tells her that she will always have respect in her heart for her no matter what she thinks of her.

She also informs Bhavani about her 24 hours shift which starts another round of arguments.

Ashwini also tries to explain children's points of view and change with time.

Bhavani gets angry at everyone and leaves.

Meanwhile, Sai thanks Virat for accepting the truth and taking a stand for her and all the women of the family and kisses him while confessing her love.