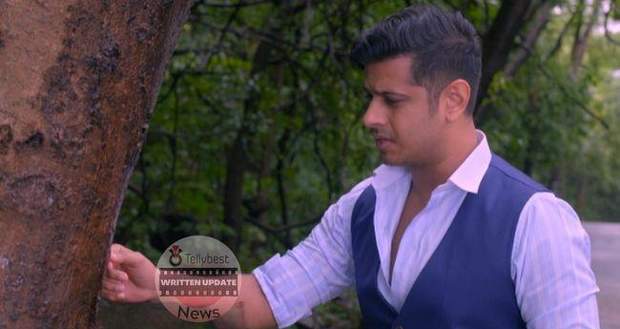 While narrating a story, Savi taunts Sai for neglecting her and becomes an inspector in the story to rescue the kidnapped daughter.

On the other hand, Usha tells Sai that Savi is undoubtedly Virat’s daughter while Sai tells her to not bring Virat into their conversation as she has buried her past and started life afresh.

Meanwhile, Virat and Sai both look at the full moon and remember the bitter moments of the past.

The next morning, Sai and Savi arrive at school to take charge of the camp while Savi goes to play with the children.

In the meantime, Vinayak's bus is about to arrive at the campsite.

Meanwhile, the school teacher and Principal talk about Sai living in a small village despite being highly qualified and never seeing her husband anywhere.

After a while, the bus stops at the campsite, and some children bully Vinayak and push him down for answering back.

However, Savi comes to his rescue and scolds the boys for treating Vinayak badly.

Afterwards, Savi takes Vinayak to Sai and assures him that her mother will cure him of his ailment.

Vinayak gets imbalanced and lands in Sai’s arm.

Sai becomes nostalgic at hearing Vinayak’s name and composes herself for the sake of the children.

Vinayak asks Sai if she can cure him enough so that he can participate in the race.

Sai tells him that he should not give up hope and nourish the dream of participating and winning the race and one day it will come true.

After a while, Sai is teaching women Maths and encourages them to be independent when their husbands disrupt their classes and threaten to beat them.

Sai warns them to behave else she will file a complaint against each one of them.

Just then, MLA intervenes between Sai and the men and tells Sai to let the women go so that they can look after their household duties.

MLA threatens Sai of being manhandled by these men if she continues to be a problem for them.