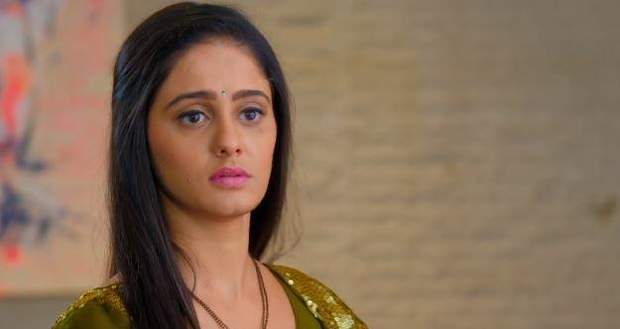 Further, she requests him to call her every day at 8 until he is on the mission while he shows her that their selfie is his locked screen wallpaper.

They share a romantic moment while she gets shy and goes away.

Later, Pakhi gives Sai the Saree in front of everyone and tells her to take it back saying that she forgot it at their house.

Bhavani asks what happened to Pakhi manipulates the story and gets Sai scolded by everyone.

Sai justifies her reasons but Pakhi rebukes her hurting Sai.

She says that she wishes she was never born and apologizes to the Chavan family.

Bhavani scolds Sai saying that the joint family has joint decisions while Ashwini stands up for her and says that even she was not included.

Upcoming Ghum Hai KisiKe Pyaar Mein (GHKPM) episode update: Sai warns Pakhi that she might be the reason Virat and she becoming close.