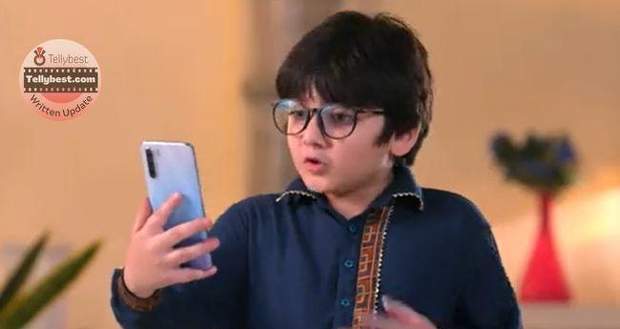 Today's Ghum Hai Kisi Ke Pyar Mein 23rd December 2022 episode starts with Sai thinking about Karishma’s affair and what she should do and who should she talk to.

However, Usha advises her to not interfere in this matter and stay as far away as possible.

Sai gets agitated and tells Usha that she has resigned from the job to stay away from them and how much more can she stay away.

Usha looks shocked and asks her if that is why she was crying in the restaurant.

At the Chavan house, the veneration comes to an end and Pandit Ji blesses Virat and Patralekha’s relationship.

Pandit Ji asks Patralekha to come and tie the Moli (holy thread) but she stays at her place.

Virat takes the Moli from Pandit Ji to tie to Patralekha.

Seeing Patralekha stay silent, Virat confesses to being wrong in making her suffer through an empty marriage for all these years because he was so engrossed in his pain that he could not see the ray of light that has been guiding her.

He also tells her that he wants to restart a life where he wants to devote himself to being a good husband to her.

Just then Vinayak gets a call from Savi and tells her that there is a veneration going on at his house.

He asks Savi to call Sai as well so he can show them the decoration.

However, Sai witnesses the most painful scene where she hears Virat promise himself to Patralekha.

Sai watch Virat tying the Moli on Patralekha while promising her that from now onwards he accepts her as his wife and better half.

Everyone around them becomes happy while Virat takes the Pheras with Patralekha around the holy fire.

Patralekha asks Virat if he will accept him as his real wife in the true sense which reminds him of all the moments that he has spent with Sai but he pushes them back.

Sai's heart breaks into many pieces as she witnesses Virat becoming Patralekha’s.

Later, Patralekha asks Ashwini to take her to her and Virat’s room.

Ashwini tells her to always be happy and never lose her smile.

Meanwhile, Patralekha tells Ashwini that all this feels like a dream to her as she has been waiting for Virat’s love for years and now when he has really accepted her as his wife she cannot really believe that this day has arrived.