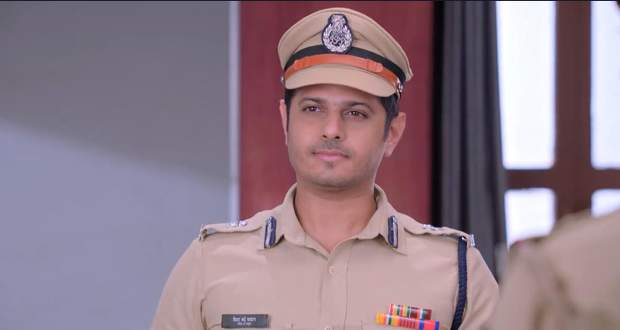 Pakhi refuses while Bhavani and Mohit also return just then.

Bhavani scolds Sai for creating drama while Sai says that she is going to be much bolder since she is thinking of the mother of her child.

Pakhi tries to influence Bhavani saying that Sai wants to take away her comfort by making her leave her room and shift to the ground floor.

However, Sai reveals to the whole family that the fetus inside Pakhi's womb is at risk since Pakhi's body was not ready for pregnancy.

Pakhi tries to accuse Sai of making her feel like a slave while Sai tells Pakhi to think of her as a motherly figure who wants to take care of her and the baby.

Again, Sai describes to Bhavani that while she was gone, they learned that Pakhi's pregnancy is complicated and that anything could happen before the delivery.

Bhavani faints due to shock while Ashwini confirms that Pakhi's pregnancy is complicated.

Further, Bhavani recalls the doctor telling them something before the gunshots while Sai states that it is the reason why she wants Pakhi to shift to the ground floor.

Pakhi once again formulates a plan and acts emotionally saying that the room is filled with memories of Samrat and she doesn't want to get separated from them.

However, Sai once again states the solution that they will bring the whole room downstairs and will make it identical to the one upstairs.

Later in the evening, Virat returns home and apologizes to Sai.

However, Sai tells him that it is not necessary and jokes with him.

Afterward, Pakhi calls Virat and subtly complains about Sai while requesting him to take her to the ice cream parlor.

Virat tells her that they will go after dinner as Pakhi thinks that she will get close to Virat anyhow.

However, after a few minutes, Sai comes to Pakhi's room telling her that she cannot go outside in the heavy rain.