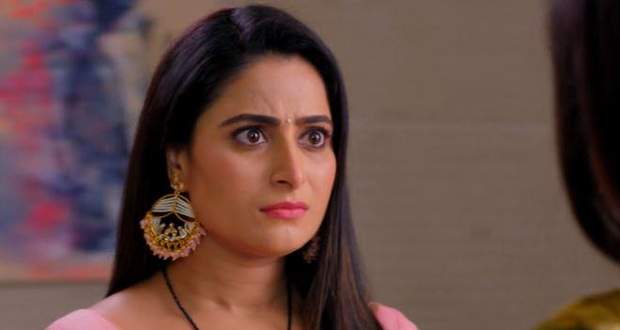 Today's Ghum Hai Kisi Ke Pyaar Mein (GHKKPM) 23 June 2021 episode starts with Sai telling Pakhi that she came back with them yesterday night because she didn't want her and Virat alone.

Further, she cries in front of the whole family and says that she doesn't want to live in a joint family while falling to her knees.

Usha, Mohit and Ashwini calm her while Bhavani and Pakhi again start taunting her.

Sai goes up to Pakhi and tells her that she is making the mistake of coming in between her and Virat.

She warns Pakhi that she and Virat might get close to each other due to her tactics.

Ashwini advises Sai to control her as she is going to her father who is sick and Sai leaves for college.

Later, Bhavani and others comfort Pakhi and Ninad promises to get her an apology from Sai.

Omkar insults Kamal and Usha stands up for him while Bhavani insults her also.

In the evening, Ninad and Omkar mock Sai while Bhavani and Ninad demand her to apologise to Pakhi.