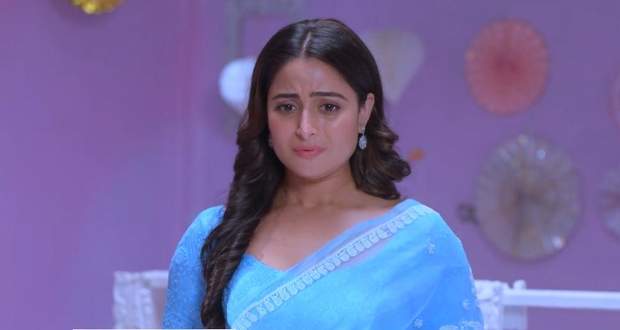 She even says that when Sai brought Samrat’s portrait to the party, she felt as if Samrat is standing in front of her.

Hearing this, Virat also confesses that he also felt the same.

Before he can even finish, Pakhi grabs his hand and frantically asks him if he has told Samrat about her love.

However, Virat just stares at her with shock, and on the other hand, realizing she is holding Virat’s hand, Pakhi quickly removes her hand.

Later they both talk about their shared loss.

When Virat asks her if she wants to talk more, Pakhi tells him that she just needs to put the sarees in the closet.

While putting the saree in the closet, Virat approaches her and says that he is sorry for ranting about his loss.

Hearing this, Pakhi tells Virat that it is okay for him to share his grief with her.

She even says she cannot even imagine how hard it must be for Virat to lose his flesh.

Later she advises Virat to look for different options to get a baby girl.

Virat is not convinced with the idea and walks away from there.

Seeing Virat leaving, Pakhi asks herself what if she and Virat move on together and she fulfills Virat’s wish of having a baby girl.

The next morning, Virat and Sai go for couple therapy, and the therapist says to them she is glad that they chose to face the situation instead of running away from it.

Sai then tries to excuse herself as she thinks Virat will be more comfortable alone but Virat stops her.

During the session, Virat and Sai discuss their draining relationship and their lost baby with the doctor.

While Sai confesses that she thinks only the baby can fix their relationship, the doctor advises them to go for IVF.

After the doctor’s persistence, Virat agrees to IVF and surrogacy.

Later while leaving the doctor’s clinic, Virat and Sai rejoice just thinking about their baby.

However, Virat advises Sai not to break this news to their family as he is afraid that Bhavani might react differently.