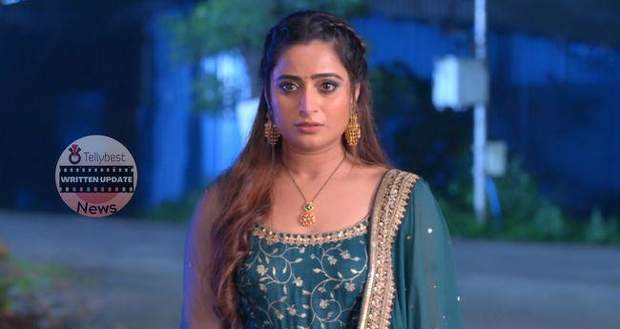 Today's Ghum Hai Kisi Ke Pyar Mein 23rd October 2022 episode starts with Sai telling Vinayak that it is the love of his parents that he is recovering so well.

Sai wipes Vinayak’s tears and tells him to forget that he is adopted and accept the love of his family just the way they love them.

Vinayak promises Sai that he will listen to her and goes to Virat and Patralekha apologising for leaving without telling them.

Later, Ashwini looks after Vinayak while Bhavani scolds him with love for leaving them.

After a while, Virat apologises to Sai for all the bitter things he has said to her in the past while Patralekha also thanks Sai saying they will be forever indebted to her.

Sai tells them that she knows about their love for Vinayak and is sure that he cannot get better parents than them.

She also explains that she only wanted Vinayak to have a clear understanding of the situation so he can start afresh.

Just then, journalists come to Virat to congratulate him for catching the child traffickers and request a picture.

Virat along with his family comes onto the stage for the photograph.

Afterwards, participants of the Ramleela come after the director stubbornly asking her to let them perform Ramleela.

The director tells her superior that the children who were supposed to play Luv and Kush have fallen ill and are in the hospital along with their elder brother and sister who are also there.

Just then, Savi and Vinayak read the dialogue on the screen which pleases the director and she announces that they will do the role of Luv Kush and wonders if she could get someone for Ram and Sita then they can perform the play.

Later it was decided that Vinayak and Savi’s parents will do the role of Ram and Sita.

However, Patralekha has an injury in her leg and refuses to act but asks Sai to do Sita’s role alongside Virat.

Sai does not want to do it but finally agrees to their insistence.

After a while, the Play begins with Virat and Sai looking elegant in the role of Ram and Sita.

As the play progresses, Sai recalls that her life story is similar to that of Goddess Sita.

Vinayak and Savi play the role of Luv and Kush and asks questions about their father and entertain the audience with their cute mistakes.

Sai looks longingly at Virat who looks puzzled at Sai’s intense expressions as she delivers the dialogue about him.

© Copyright tellybest.com, 2022, 2023. All Rights Reserved. Unauthorized use and/or duplication of any material from tellybest.com without written permission is strictly prohibited.
Cached Saved on: Monday 21st of November 2022 05:13:42 AMCached Disp on: Thursday 1st of December 2022 03:10:24 AM