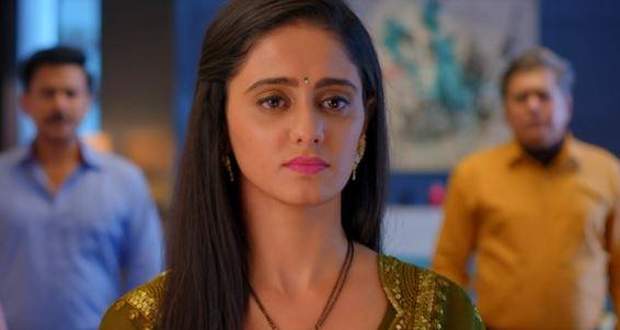 Ninad demands her to say sorry to Pakhi while Pakhi says that she doesn't want her sorry and just wants her to stay in her room.

Sai asks Pakhi if she really didn't eat and apologizes to her.

She further requests her to eat and tries to convince her while saying that she is giving up her rights on Virat.

However, Pakhi says that she doesn't want to eat and leaves.

Later, Sai hears a phone ringing in her room at 8 o'clock and tries to look for it.

She finds Virat and gets surprised while he teases her and says that he didn't go because of her.

He reveals that the plan got canceled while they tease each other.

He gifts her pendant set and reveals that he remembered it from one of their talks.