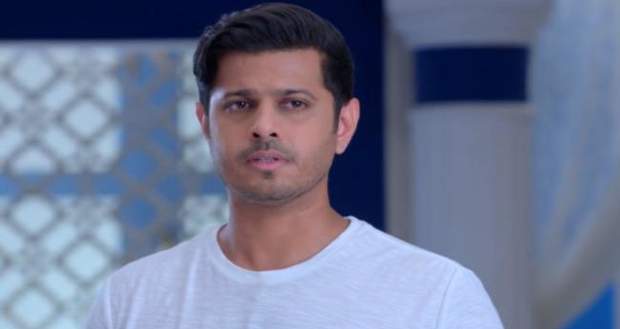 Bhavani greets them and asks them if they are having issues with each other while Pakhi interjects and says that Sai and Virat have been sleeping in separate rooms.

Ashwini scolds Pakhi while Virat informs the family that they have decided to get a baby through surrogacy.

Sai reveals that they had gone to the therapist and that Virat has agreed to surrogacy.

Mansi says that she was hoping to see Samrat and Pakhi's child but is now going to fulfill her dream through Sai and Virat's baby.

Sai explains the whole procedure of surrogacy and reveals that they need to find a woman who is willing to become the surrogate mother for their child.

However, Pakhi interjects saying that they need a trustable woman and Bhavani says that she will find a woman for them.

Afterward, Pakhi says that she has a better idea and imagines proposing herself as Virat's second wife.

In reality, Bhavani argues with Sai and Virat saying that they have to find a woman compatible with their standards.

However, Virat argues that they just need to check the woman's physical and mental fitness but Bhavani shuts him up saying that everything is happening because of Sai's inability.

Bhavani further demands that she will be the one to choose the woman.

Virat stands up for Sai and leaves saying that Sai and he will be the ones to decide and leaves.

Later, Sai vents her frustration to Virat and says that she doubts Pakhi's intentions while Virat says that he will always support her.

Meanwhile, Pakhi vents to her mother and says that she should be the one giving birth to Virat's child and no one else.

Sai sees Pakhi's sarees in her cupboard and goes to confront her while returning the sarees.

Pakhi sees Sai with the saree and asks her if she got hurt by what she said downstairs.

However, Sai refuses and says that she is returning them because she wants Pakhi to give herself another chance.

© Copyright tellybest.com, 2022, 2023. All Rights Reserved. Unauthorized use and/or duplication of any material from tellybest.com without written permission is strictly prohibited.
Cached Saved on: Tuesday 22nd of November 2022 09:25:57 AMCached Disp on: Monday 5th of December 2022 12:27:10 PM