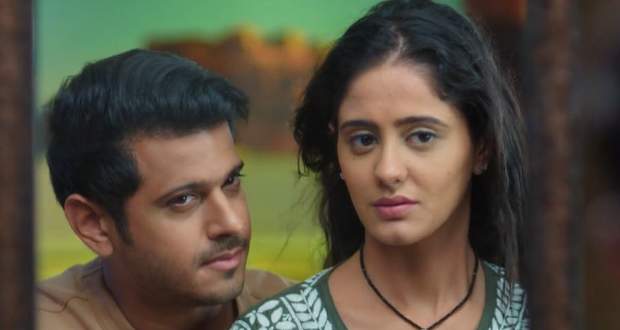 Meanwhile, Patralekha starts feeling jealous and insecure with Sai as she thinks Sai is getting closer towards Virat and now she has started winning Bhavani's heart.

Further, Virat tries to confess his love Sai and gets closer to her.

But, at the same time, Patralekha interrupts in between their privacy.

Later, Virat tells Patralekha that she shouldn't invade someone's privacy and if she has something important to say she should at least knock on the door.

Sai gets curious as she hears Patralekha saying that she has some personal work with Virat.

At the moment, Virat asks Sai to stay and tells Patralekha to discuss her issue in front of Sai.

Patralekha tells that she wants his signature as a nominee to her account which shocks Sai and Virat.

Sai advices Patralekha that she should make her parents her nominee.

Virat supports Sai with her advice but Patralekha leaves angrily as she feels Virat isn't supporting her.

© Copyright tellybest.com, 2020, 2021. All Rights Reserved. Unauthorized use and/or duplication of any material from tellybest.com without written permission is strictly prohibited.
Cached Saved on: Wednesday 13th of October 2021 11:48:47 AMCached Disp on: Thursday 21st of October 2021 07:10:38 PM