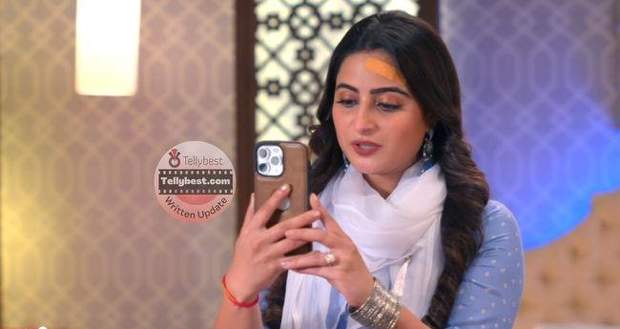 They also tell her about a woman and child who was no more than 1 to three months old.

Virat asks them what has happened to them.

Meanwhile, Vinayak and Savi are playing hide and seek when Patralekha video-calls him and gets to talk to Sai.

Patralekha shows Sai her room decoration and thanks Sai for saving her life as she is getting to live the life she has always dreamed of.

Patralekha also thanks Sai for taking Vinayak on a trip.

Meanwhile, the couple tells Virat that they had gotten the child after the accident and had tried to search the woman but the woman was dead so they handed over the child to a rescue worker.

Virat becomes hopeful knowing that Sai had been in a similar bus accident many years ago and maybe Vinayak is alive.

Meanwhile, Patralekha comes there and misunderstands Virat when he talks about the lost Vinayak instead of their alive Vinayak while telling him that Sai has taken Savi and Vinayak to Lonavla.

Later, Patralekha asks Virat to go to the room as it is getting cold.

However, Virat seems lost in his thoughts and takes time to respond to Patralekha.

Elsewhere, Sai, Savi and Vinayak are sitting in a restaurant that is having a game night.

The host invites volunteers to come and speak on the topic for two minutes.

A woman raises her hand first and speaks on the topic “Pati Patni Ka Jhagda (husband and wife fight)”. Her hilarious punches and ironic talks amuse and entertain the crowd but Sai who was lost in thoughts cries without realising it.

Later, to convince the children that she is not sad, Sai volunteers next and get the topic “Shadi Ka Laddoo”.

Sai entertains the crowd with little jokes and punches that make the crowd double over with laughter.

Sai also talks about men who make the mistake of marrying twice and label them as Mr Oops!

She later talks about herself, Virat and Patralekha in a hypothetical manner and tells the audience that Mr Oops gets into real trouble when his ex-wife gets the job in his office.

Meanwhile, Vinayak and Savi are enjoying Sai's effect on the crowd and go to play with clowns.

© Copyright tellybest.com, 2022, 2023. All Rights Reserved. Unauthorized use and/or duplication of any material from tellybest.com without written permission is strictly prohibited.
Cached Saved on: Wednesday 25th of January 2023 10:28:49 AMCached Disp on: Monday 6th of February 2023 05:44:59 AM