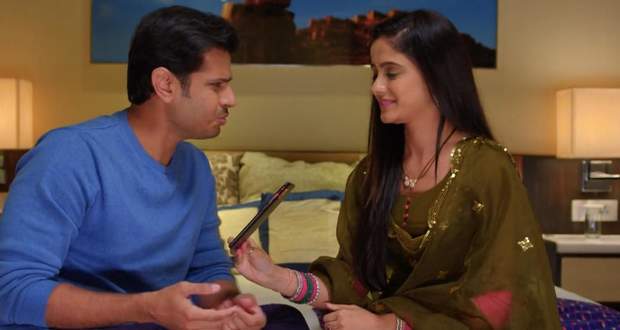 He reveals that he bought gifts only for her while she reveals how Chavan's insulted her for the Saree.

They talk while Sai reveals that Pakhi didn't eat since morning while he reveals that she has done it before.

Sai forms a plan and tells Virat to call Pakhi's father, Shailesh and she talks to him.

Meanwhile, the Chavan family is trying to convince Pakhi to eat while Shailesh calls her.

Pakhi thinks that Virat still cares for her while Shailesh tells her that Sai is the one who told them everything.

Pakhi refuses to eat while Bhavani convinces Shailesh that she will feed Pakhi and surprisingly Pakhi also agreed to eat.

Bhavani feeds her with her own hands while Sai comes there and gets glad seeing Pakhi eat.

Virat apologizes to Pakhi and Bhavani saying that he was the one who agreed to Sai gifting the Saree.

Sai serves the family while Bhavani keeps taunting her.

Sai talks about Ashwini and takes a stand for her against the Chavan family members who insult her.

Karishma notices the pendant and asks Sai if she bought it while she reveals that it is a gift from Virat.