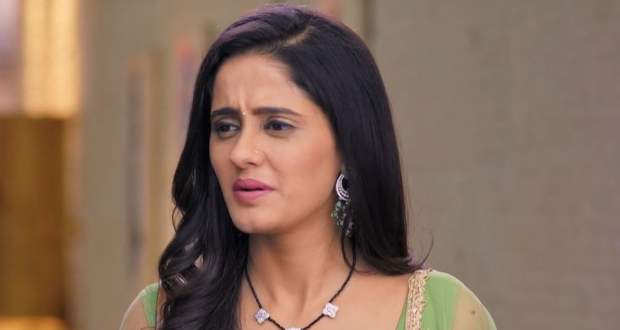 Meanwhile, Virat prays to God to give him a chance to express his love for Sai.

Further, Bhavani thanks Sai for reuniting her with Devyani but also tells her that all her efforts are not going to change her perception towards her.

Sai replies humorously to Bhavani which makes Bhavani get annoyed again but later on Bhavani smiles.

On the other hand, in the drunken state Omkar tells Ninad that Sai has started winning Bhavani's heart and soon things will change.

Further, Patralekha's plan to spend some time with Virat fails as Sai accompanies him to the hospital.

At the same time, Sonali and Karishma try to add some spice in the conversation which makes Patralekha feel jealous of Sai.

After some time, Sai talks to Pulkit and gets worried for Devyani and Harini's relationship she tries to hide her emotions from Virat but fails.

when asked, Sai tells her concern about Devyani to Virat which makes him worried too.

© Copyright tellybest.com, 2020, 2021. All Rights Reserved. Unauthorized use and/or duplication of any material from tellybest.com without written permission is strictly prohibited.
Cached Saved on: Saturday 16th of October 2021 08:02:43 AMCached Disp on: Thursday 21st of October 2021 07:24:53 PM