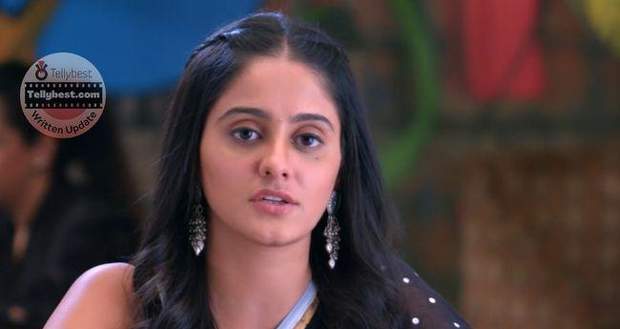 Today's Ghum Hai Kisi Ke Pyar Mein 25th November 2022 episode starts with Virat telling Patralekha that his children want to study together and that they should let them.

Meanwhile, Patralekha questions him for taking the decision alone when she is Vinayak’s mother and deserves to give her input.

She tells him that she will not tolerate his handed attitude if Vinayak’s life is at stake.

Virat looks shocked and asks Patralekha if she thinks he is not capable of differentiating between good and bad or that he does not care for his children.

Comparing Sai to Patralekha Virat asks her if both of them think him a dim-wit who has no sense of right or wrong.

Angrily, Patralekha becomes angry and tells him that she does not care what Sai has told him and asks him not to compare her with Sai.

He can take whatever decision he wants to take for Savi but she will not allow him to ruin her child’s life.

Hearing that, Virat tells her that Vinayak will not be ruined if he studies at the school where he went to and Vinayak will go to that school only.

Later, Mohit checks on Karishma’s phone when Karishma catches him and berates him for obstructing her privacy.

Meanwhile, Mohit tells her that they are married and this was not the issue with them before but what has changed?

On being called unobservant, Mohit tells Karishma about seeing her being cosy with a biker.

However, Karishma refuses the accusation while Mohit tells her that soon her affair will be disclosed to the whole family.

Meanwhile, Sai shows Savi all her school-related stuff but Savi continues to be sad.

Just then Vinayak calls Savi and tells her that he is coming to study at her school.

In the meantime, Sai gets worried to hear Vinayak’s news.

Ashwini asks Patralekha if she really thinks that Virat will take the wrong decision for Vinayak.

However, Patralekha accuses them of favouring Savi over Vinayak.

Meanwhile, Sai confirms with Vinayak about Virat bringing Savi’s school form for him.

At the same time, Ashwini denies favouring Savi and tells her that Vinayak is Virat’s first child and will always be most important to him.

However, Patralekha tells them that Vinayak is not a toy that is being shuffled from one school to another to make Savi happy.

Ashwini tells Patraleka that it is all in her mind else Savi’s school will open opportunities for Vinayak to have real friends who will support him instead of mocking him.

She praises Sai for giving Savi so good schooling that Savi qualifies to be admitted to Vinayak’s class.

Therefore, Sai must have seen something in that school due to which she selected that school.

In the meantime, Ninad tells Patralekha that all the children of this house have studied there and if she is questioning that school then she is also questioning his choices and upbringing.

He also supports Virat’s decision but tells her that it is between her and Virat and they should make a mutual decision.

Later Virat comes to Patralekha and apologises to her for not discussing the matter with her and Sai selected this school because it is a good school.

However, Patralekha gets agitated on hearing Sai’s name and accuses him of not thinking about Vinayak.

She questions him for not choosing this school before Sai selected it for Savi.

© Copyright tellybest.com, 2022, 2023. All Rights Reserved. Unauthorized use and/or duplication of any material from tellybest.com without written permission is strictly prohibited.
Cached Saved on: Friday 25th of November 2022 11:57:59 PMCached Disp on: Wednesday 7th of December 2022 11:56:19 AM