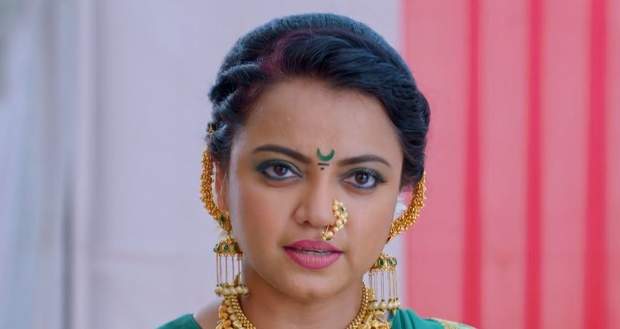 Today's Ghum Hai Kisi Ke Pyaar Mein (GHKKPM) 25 October 2021 episode starts with Sonali complaining about Sai and Bhavani to Omkar and tells him that he should have stood up for her in the morning.

Just then, Sai comes there and tells her that she will grind the spices but Sonal refuses and accidentally pushes Sai.

However, Bhavani comes there and saves Sai after which she starts scolding Sonali while refusing to listen to Sonali's explanation.

Bhavani tells her that she will not stand up from her place until she grinds all the spices and puts giant pieces of ginger beside her while reminding her how she did the same to Sai in the past.

Omkar argues with the family for Sonali and Sai tries to calm the situation but he rebukes her too saying that the family is going to break because of Sai.

Sonali says that Sai's father isn't alive and calls her an orphan which shocks everyone.

Samrat stops Sai from leaving and tells Sonali that she can't call Sai an orphan as he is her brother while other family members also join in except Sonali, Karishma, Pakhi and Omkar.

Pulkit and Sunny come there along with Vaishali while the Chavan family acts like normal.

Sonali injures her fingers and Pakhi tends to her while Bhavani remembers Pakhi taunting Sai in the past and tells her to grind the rest of the pieces.