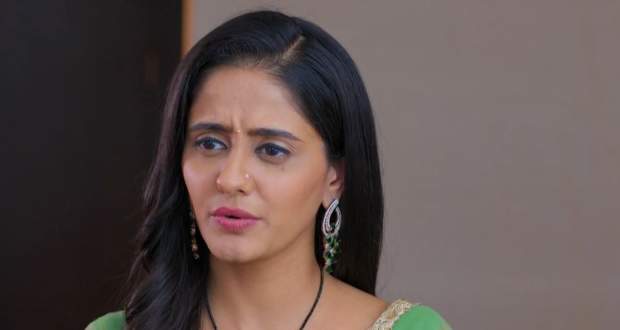 Today's Ghum Hai Kisi Ke Pyaar Mein (GHKKPM) 26 May 2021 episode starts with Patralekha taunting Karishma as she tells Bhavani that the entire lunch is prepared as per Sai's choice.

Bhavani gets furious on knowing that Karishma thinks that Sai is her favourite daughter-in-law.

Patralekha adds some spice to the conversation which makes Bhavani scold Karishma for her behavior.

Further, knowing that Virat's health is better, Sai says that she would been left the house in few days which makes Virat upset.

Virat starts acting as if he is falling sick again but Sai catches him.

After some time, Virat feels happy seeing his niece Harini for the first time.

Meanwhile, Harini misbehaves with Devyani and tells Pulkit that she doesn't want to celebrate her birthday with Devyani.

Virat gets worried seeing Harini behaving rudely with Devyani but Sai assures him and Pulkit saying that she will understand things when she grows up.