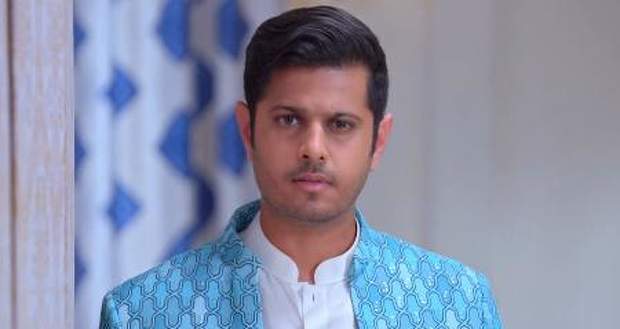 Later, Mohit offers to take a couple’s photograph while Sai goes to stand with Shivani.

Virat does not like being ignored by Sai while Sunny announces to begin the Sangeet.

Mohit performs the duties of the anchor and invites Shivani for her dance performance.

After Shivani’s scintillating performance, Virat and Sai are called on stage.

Virat tries to escape but Sunny stops him while Sai goes to give a performance.

Virat stares at dancing Sai and joins her on stage to perform a soulful song.

As they are leaving the stage, Rajeev stops them while Mohit plays the video of their dance.

However, Virat explains himself for dancing with Sai and Sai agrees with him.

Afterwards, Mohit calls the rest of the family to give a performance.

All the people are dancing merrily to the song ‘Dholi taro”.

Just then Pulkit gets a call from the hospital and leaves after informing Devi.

On being called by Devi to dance, Sai taunts Virat which makes Virat angry.

He tells Sai to not feel proud about him watching her because it will not be so from tomorrow when he will be gone.

Sai tells him that she cannot worry about tomorrow and asks him to leave her to enjoy the present.

Just then, Rajeev feels the pain in his chest and falls down.

Everyone gathers around him worrying while Virat calls for Pulkit.

However, Pulkit was not available and Sai examines him.

Sai stops them from taking Rajeev to the hospital and tells them that they need to take immediate action else Rajeev might not survive.

Sai begins to give Rajeev first aid to revive him to consciousness.