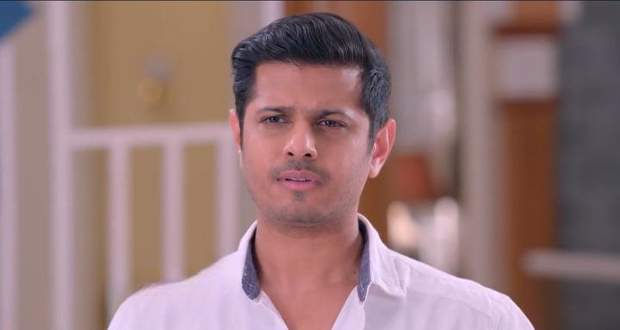 The whole neighborhood buzzes with anticipation about the new drama while Bhavani warns Sai to not humiliate the Chavan family.

Sai tells the whole neighborhood that she cannot become a mother and even had a miscarriage.

However, after 8 months, she gets the chance to become a mother owing to medical science and informs them about surrogacy.

Sonali asks Sai what she wants to do while Sai states that she wants unbiased answers to the questions which the family is biased.

Further, Sai asks the neighbors the same questions, and the whole neighborhood agrees with Sai saying that the surrogate mother should have no reason to not sign the papers.

Finally, the neighbors ask Sai who is the surrogate mother and Sai reveals that it's Pakhi which worries the whole family.

However, the neighbors give a positive response to the news while Virat comes there and gets confused seeing all the commotion.

He asks everyone what is happening while Bhavani tells him to get inside to learn the whole truth.

Virat apologizes to the neighbors and tells them to leave after which Sai tells Virat to get inside to learn the whole truth.

As everyone gets inside, Pakhi comes to the hall with her suitcase and tells Bhavani that she is going to leave due to the humiliation caused by Sai.

Virat asks them what has happened and Pakhi dramatically tells him that Sai thinks she isn't capable of taking care of the child and wants her to sign the papers.

Pakhi again creates an emotional drama and starts coughing while saying that she will show them her face only after the birth of the child.

Shockingly, Virat also argues with Sai for making the Pakhi sign since she's a family member.

Bhavani berates Sai for her absurd thinking while Pakhi turns the tables saying that Sai is making a big drama out of her refusing to eat only one tablet.

© Copyright tellybest.com, 2022, 2023. All Rights Reserved. Unauthorized use and/or duplication of any material from tellybest.com without written permission is strictly prohibited.
Cached Saved on: Monday 21st of November 2022 08:33:16 AMCached Disp on: Saturday 3rd of December 2022 01:54:51 PM