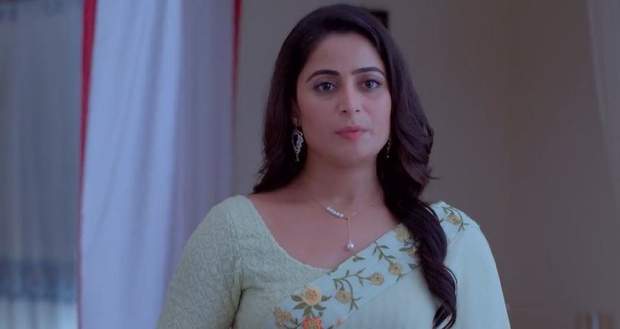 Virat is shocked to hear this announcement while Ashwini also opposes her.

Bhavani tells them that Patralekha is a good choice as she is healthy and a part of this family.

Mansi questions Bhavani for not discussing the matter with her before making the decision.

However, Bhavani tells her that it is Patralekha’s decision and she has not forced anything upon her.

Mansi tries to council Patralekha against her decision saying that her whole life is ahead of her and this decision will hinder her from moving on in her life.

Bhavani berates Mansi for asking Patralekha to be selfish and reminds her that what this family has done for her.

Sai objects to Patralekha being the mother of her child and tells her that she should have discussed all this with her before bringing it to anyone else.

Virat also supports Sai and questions Patralekha for not mentioning anything to Sai when she came to talk to her.

Patralekha tells him that Sai’s behaviour has hurt her but she feels responsible for Sai losing her child and wants to do this to compensate for her guilt.

Ashwini tells Patralekha that Sai does not blame her for her miscarriage and therefore she does not need to sacrifice her life for them.

Patralekha gets emotional and blames Sai for doubting her intentions.

Bhavani supports Patralekha and tells them that Patralekha is the right choice for surrogacy.

Patralekha compares surrogacy with donating blood or kidney to any family member then why are her intentions being questioned again and again.

Sai is sceptical of Patralekha and tells everyone that Patralekha is not capable of being a surrogate mother.

Patralekha accuses Sai of not wanting to make things better between them and considers her an enemy.

Sai tells Patralekha that she is the one who is treating her like an enemy.

Virat interrupts them and tells them to not force Sai to make Patralekha her surrogate choice.

Bhavani accuses Virat of being a yes man to Sai and tells them that only Patralekha will bear Sai and Virat’s child.

Patralekha expresses her gratitude to Bhavani and looks innocent while doing it whereas Virat and Sai are shocked at Bhavani’s decision.