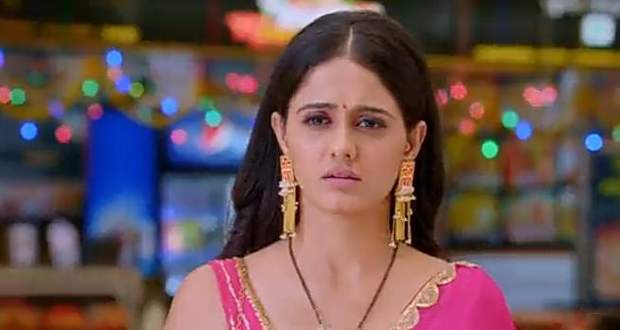 Today's Ghum Hai Kisi Ke Pyaar Mein (GHKKPM) 27 November 2021 episode starts with Virat getting surprised seeing the decorations on the terrace while Sai comes there and tells him that he wanted to have a dinner outing bit since that can't happen she did this.

Further, she pours them green tea and celebrates her getting her readmission into Nagpur College.

They chat and she tells him that she is very influenced by him after the marriage while showing her ring.

They talk about their college life while Pakhi observes them from afar unknown to them.

Sao talks about her adventures with Kamal while Virat asks her if she will stay with him till they are old and turns it into a joke.

Pakhi recalls her moments with Virat and gets emotional while he asks Sai for a refill of the green tea and she goes into the kitchen.

Pakhi is about to go near Virat when suddenly Samrat stops her and questions why she was going towards Virat.

However, she makes an excuse and says that she was getting fresh air because of her nightmare and he hugs her out of concern.

She imagines Virat and hugs Samrat tightly which makes him happy.

Sai comes there and tells him about Pakhi bonding with her the day she had a nightmare when Virat also comes there.

Samrat suggests joining Virat and Pakhi as a double date but Pakhi refuses after which Sai reveals that she has a surprise for everyone in the morning.

The next morning, a ladies of the house smell something great and get shocked seeing all the snacks for Diwali while Sai reveals that she made them by staying up all night and asks them to taste.

Pakhi instigates Bhavani who gives extra work to Sai and tell her to hang the lanterns.