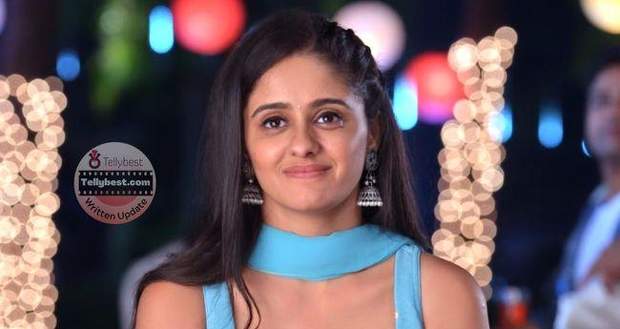 Today's Ghum Hai Kisi Ke Pyar Mein 28th December 2022 episode starts with Patralekha and Virat stopping at the Dhaba to have lunch and come across Vinayak, Sai and Savi.

Vinayak and Savi begin to talk about their trip.

Vinayak tells Virat and Patralekha that he has bonded with Sai so much that he will now be calling Sai Choti Mumma.

Patralekha looks shocked at Vinayak’s announcement while Virat tells Vinayak that since he has his own mother he does not need to call Sai Choti Mumma.

Seeing Vinayak argue with Virat, Sai tells Vinayak to listen to Virat as his respect and feelings for her will remain the same no matter what he calls her.

Afterwards, Sai tells Vinayak to spend time with Virat and Patralekha while she and Savi will leave.

Savi objects to going but Sai tells her that she will have to report to a new job which she has gotten on her own merit.

Meanwhile, Bhavani gets angry at Patralekha for coming back so soon on Pulkit’s say-so.

Ashwini tries to calm Bhavani telling her that Patralekha is not well yet and it's good that she has returned home.

However, Bhavani rebukes her and asks Patralekha if she has consummated her marriage or not.

Meanwhile, Sonali tells Bhavani that Patralekha does not have a love line in her fate.

Bhavani scolds Sonali taunting her about Mohit and Karishma and tells her that Virat is changing and trying his best.

In the meantime, Patralekha tells Bhavani that Virat has changed a lot and because of that, he was attentive to her all the time despite Sai’s presence at the Dhaba.

She also promises to give Bhavani an heir soon.

Meanwhile, Sai is settling in her new office when her and Virat’s wedding photo pop out from the frame’s back reminding Sai of her time working with Virat.

Remembering Virat’s protest of Vinayak calling her Choti Mumma, Sai crushes the photo in her hand and throws it in the bin.

Just then, a senior doctor arrives at Sai’s cabin to welcome her and show her the hospital.

Meanwhile, Virat is with the City hospital’s Dean trying to get information about baby Vinayak.

After a while, the Dean tells Virat that there might be information in the hard copy in the store room.

Virat insists on seeing the records today and assures the doctor that he will do the search himself.

After a while, Virat succeeds in finding the records.

The Dean recalls the child and tells him that after waiting for him for a few days, they had admitted him to an orphanage.

© Copyright tellybest.com, 2022, 2023. All Rights Reserved. Unauthorized use and/or duplication of any material from tellybest.com without written permission is strictly prohibited.
Cached Saved on: Wednesday 25th of January 2023 09:07:37 AMCached Disp on: Tuesday 31st of January 2023 08:03:54 PM