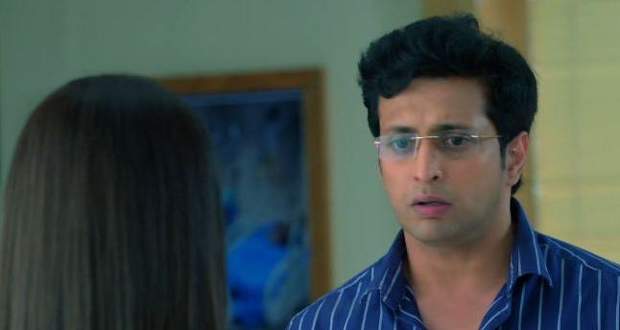 However he along with Ashwini, Ninad and others pass her quietly.

Bhavani gets furious at finding Sai outside the ICU and scolds her for not leaving the hospital.

Despite Sai’s several tearful requests no one budges and blames her for Virat’s condition.

Watching Sai begging, Bhavani threatens Sai with the police and instructs Pakhi to keep Sai away from Virat at all costs.

Sai being Sai pledges to stay until Virat gets better no matter what others say.

Meanwhile, being alone with unconscious Virat, Pakhi confesses her love for him and apologizes to Virat for not believing in him due to Shruti.

She requests Virat to get better for her sake.

While sitting in the corridor, Dada comes to Sai and insists her to leave as he doesn’t wish to side with her anymore. However, Sai stays adamant.

Later, Pulkit finds Sai standing in the corridor and tries to reason with her, and explains family members' behavior.

He tells Sai that she is not Virat’s wife anymore and asks her to maintain the decorum of the hospital.

Afterward, Pulkit tells the critical nature of Virat’s health to Sai which makes her more worried.

Realizing Sai’s stubbornness where Virat is concerned, Pulkit admits to Sai that Virat’s chances of coming out of surgery alive are next to none.

Later the doctor tells Pulkit and Sai that Virat needs immediate surgery but it can't be done until a certain injection is arranged.

Doctors give everyone 2 hours ultimatum to arrange for injection or else it will be too late.